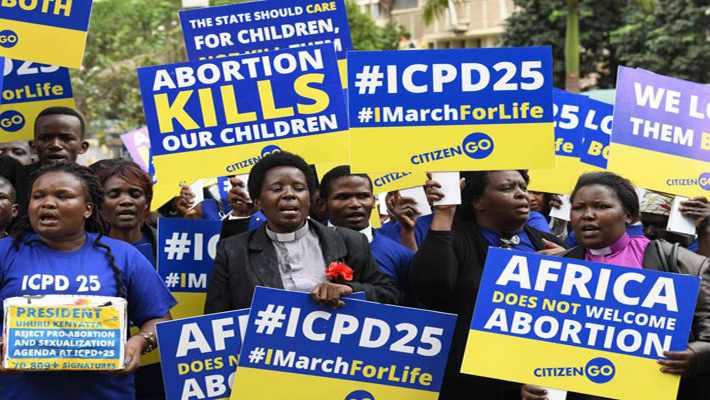 NAIROBI, NOVEMBER 12, 2019 (CISA)-More than 6,000 people – including heads of state, government ministers, financial institutions, donors and civil society groups – from 160 nations are attending the International Conference on Population and Development in Nairobi.

The three-day summit is taking place from November 12-14, 25 years after the International Conference on Population and Development in Cairo where 179 governments adopted an action plan for women’s empowerment and sexual and reproductive health for all.

The summit held in Kenya and organised by the government of Denmark, United Nations Population Fund (UNFPA) and the United Nations sexual and reproductive health agency aims to mobilize the political will and financial commitments needed to implement the Programme of Action agreed to by 179 governments in 1994.

The conference takes place amid opposition from the Kenya Conference of Catholic Bishops who raise concerns about the summit saying ideologies surrounding the conference go against the African culture and religious heritage.

“This Summit under the guise of advancement and development of women is advocating the so called “sexual and reproductive health and rights” and comprehensive sexuality education” as the way to achieve this development of women,” the bishops said in a statement.

Faith based organizations under the Kenya Christian Professional Forums (KCPF) and a lobby group, Citizen Go held protests in Nairobi on November 11 before they delivered a petition to President Uhuru Kenyatta.

They presented a petition with over 87,000 signatures asking the President to reject the summit.

Citizen Go’s Campaign Director Ann Kioko and the leader of the protests said that the summit seeks to champion for abortion, same sex marriage, prostitution and sexuality of children among other vices.

“We are bringing to the president over 80,000 signatures asking him to reject in entirety the agenda of ICPD25. We want the president to make it very clear to the organizers of this conference that Kenya is against their agenda, Africa is not for sale and we stand for family and life,” said Kioko.

“The agenda of these people is very clear and they actually call themselves people who support the sexual reproductive and health right agenda, and there are basically 10,000 abortionists who are gathered here at the KICC,” she said.