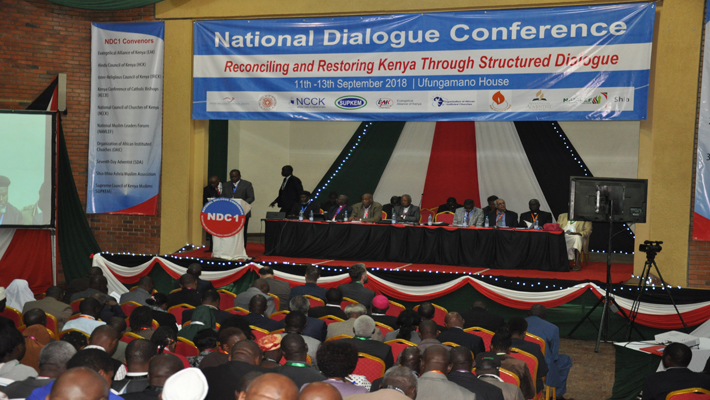 “Let the Constitution be amended to provide for an executive that includes the president, deputy president, prime minister and two deputy prime ministers. This will ensure that the presidency is not overbearing and that it is accountable to parliament through the prime minister appearing before the National Assembly while cabinet secretaries appear before committees of parliament. The five must be from different ethnic communities,” said Rev. Fr Joseph Ngumbi, Chairman of the Inter-religious Council of Kenya in his address.

The groups were gathered on November 22 at the Kenyatta International Convention Centre (KICC) in Nairobi where the Building Bridges Initiative (BBI) was holding a public participation forum which aimed at finding ways to address the competitive nature of elections in Kenya.

DRG chairman Archbishop Martin Kivuva echoed the inclusiveness sentiment noting that it could curb election related violence in a country where election is an emotive issue.

“Violence erupts when feelings of exclusion reach a crisis level, especially in the context of diminished economic performance and rising poverty. This has caused the country to manifest a downward spiral towards the abyss,” he said.

“Let us not have the system, where the winner takes it all, some people don’t know how to share. Let us amend our constitution, and let us address the governance area,” reiterated COTU Secretary General, Francis Atwoli.

They recommended that the office of the leader of the official opposition be adequately facilitated to perform oversight over the National government.

On devolution, DRG said the Senate should pass a law to facilitate an inclusive stakeholder driven audit to establish the status of its implementation.

Groups represented at the Forum included Religious Groups, Trade Unions, among other advocacy groups in Kenya.