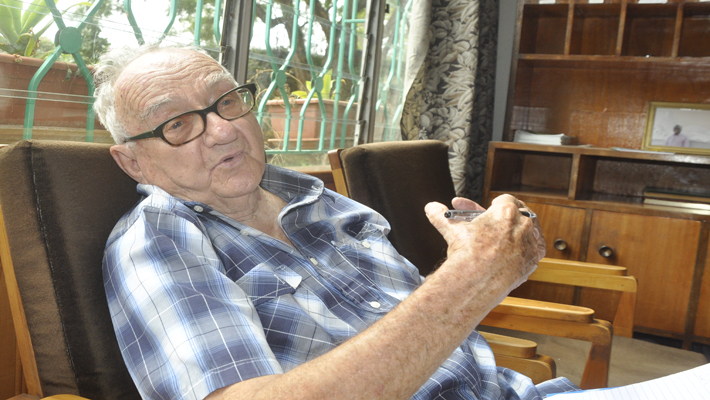 NAIROBI, JANUARY 29, 2019 (CISA)-Fr Roger Tessier, of the Society of Missionaries of Africa has urged church leaders to set a good example by being accountable in their service to the Church, urging the dioceses to give proper reports on the money they ask from lay people, and on the funds they get as donations.

“Why do you ask the government to be as open as possible to the people, and yourself you do not set a good example?” he posed in an interview with CISA on January 28.

Fr Roger, 90, is destined to return to his home country, Montreal, Canada after serving the church in Kenya for 41 years since 1978.

He represented his congregation among the pioneer missionary congregations that came together to put up the Catholic Information Service for Africa (CISA) in April 2001.

“CISA was formed to relay fresh Catholic news to the people around Africa and am happy that it still operates along the objectives,” he said.

He thanked Africans for welcoming and allowing him integrate with them in the countries of Kenya, Malawi and West African Countries where he worked.

He further stressed on the need of consultations empowering the lay people in the church because “Most of them are more competent in certain areas than even priests and bishops.”