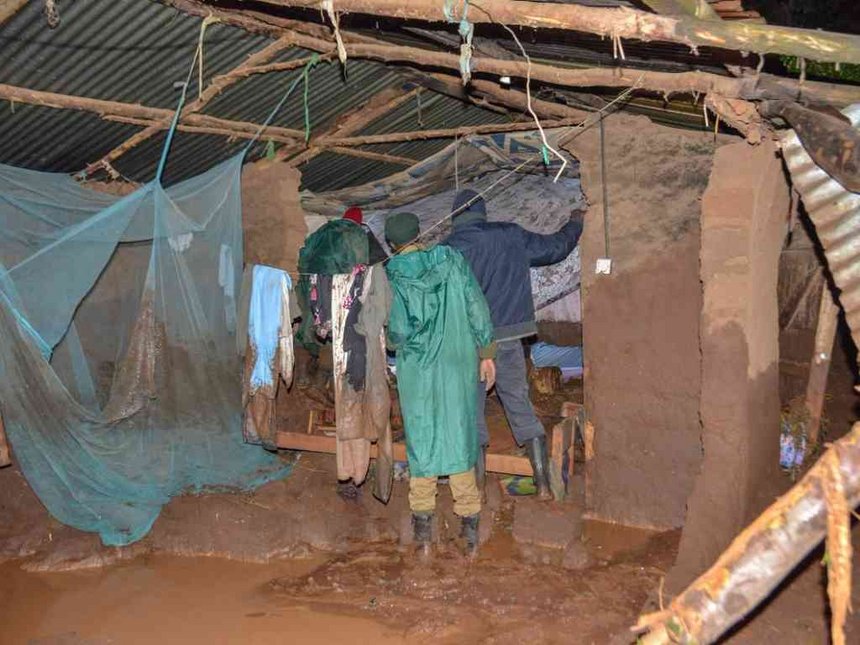 NAKURU MAY 11, 2018 (CISA)-The death toll continues to rise after a dam in Solai area in Nakuru County, broke its walls, killing over 48 people and sweeping away homes, businesses, and displacing hundreds.

According to area chief, Peter Mwangi, the official number of casualties stands at 48, by May 11.  Hundreds of other people are reported to be still unaccounted for, as the Kenya Red Cross Society, Kenya Defense Forces, National Youth Service and Kenya Police continue to help with the rescue mission.

On the night of May 9, at 7:30 PM, the dam, located at a privately owned farm in Subukia ward, burst its walls giving way to loose debris and over 20 million litres of water.

The injured were rushed to a nearby health facility and to Nakuru Provincial General Hospital.

This tragedy follows the ongoing long rains, that have been accompanied by flooding and mudslides in most parts of Kenya, one being Nakuru county which is in the Rift valley area of the country.

“The effects of the floods countrywide have now reached a proportion of a national disaster and the severity will be seen when the rains are over. It is our duty to help the families recover from the disaster” Kenya Red cross Secretary General Abbas Gullet told the standard newspaper.

The dam, located in a large farm known as Milmet Solai, is one of eight dams owned by a prominent farmer and business man Mansukul Patel. The dam which is approximately 500 Metres deep, had been reported to be leaking before but the effects were not as severe or alarming.

The Cabinet secretary for interior and coordination of National government Dr. Fred Matiang’i has termed the magnitude of the tragedy as “huge”, and asked Kenyans to stay “open minded” as investigations of the exact facts of the tragedy are done ,to determine whether anything could have been done to avert the disaster.