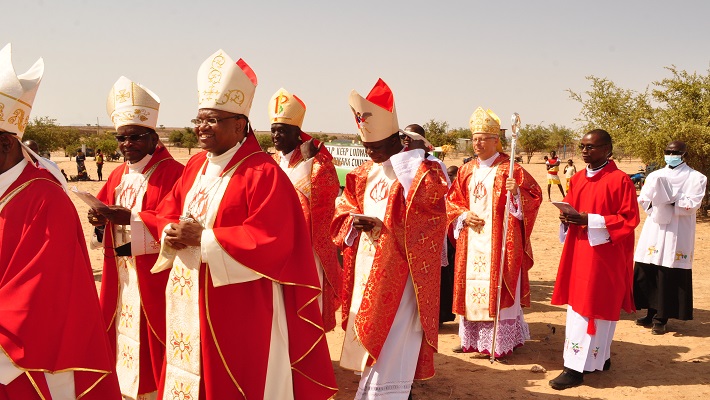 NYERI, JUNE 21, 2022 (CISA)-We are not looking forward to electing saints or angels, the Kenya Catholic Bishops Conference has said inviting Kenyans to avoid careless voting and focus on finding a servant leader in each of the six seats being voted for in the August 9 General Elections.

In a weekly release dubbed “Voice of the Bishops” read out by Archbishop Anthony Muheria of Nyeri on Sunday June 19, the bishops asked voters to avoid previous mistakes of electing leaders whose performance in leadership continuously haunt the nation and those who bring evil into leadership.

“We are at the doorsteps of bestowing power to leaders who make decisions about our individual and collective wellbeing. We therefore cannot afford to be casual in the way we elect leaders.  For us Christians, voting is a moral obligation to choose leaders who stand for the good of all citizens. That is why we must interrogate their character, their morality, their value-system, and what they stand for in key moral issues,” the statement reads.

In reference to their statement some of the elected leaders in the past have looted taxpayer money with impunity, some disregarded the rule of law, instigated deadly fights in communities including tribal post-election violence, while others became bad examples.

“A leader is elected to steer a vision. Manifestos ought to give a glimpse of what a leader is aspiring to do. We however are aware that the manifestos seem to be an afterthought in many candidates.  Nevertheless, we should take this time to ensure that we carefully read the manifestos presented to us, and where possible raise concerns with the candidates responsible,” they said asking the electorate to critic the manifestos.

“We should seize this moment to internalize the vision of our Country and vote for the person we consider most suitable to drive it forward. Where the ideal candidate is lacking, we must also interrogate the candidate whose leadership will least expose our Nation to the negative consequences.”

Alongside a visionary leadership, the bishops have also invited Kenyans to look out for a reconciler, a fighter against corruption and a truly moral leader.

“Unfortunately we continue to hear leaders proposing in their agenda the propagation of immoral and unethical policies. For a Nation to thrive, it must be founded on sound Ethical principles. Leaders should seek to articulate these in our laws, the respect of God in his laws as underpinned in our Constitution, the respect for life, and development that nurtures in the society what is generally referred as goodness or common good,” the prelates said cautioning against bad leaders propagating abortion, liberalization of sexual behavior and those proposing the liberalization of drugs.