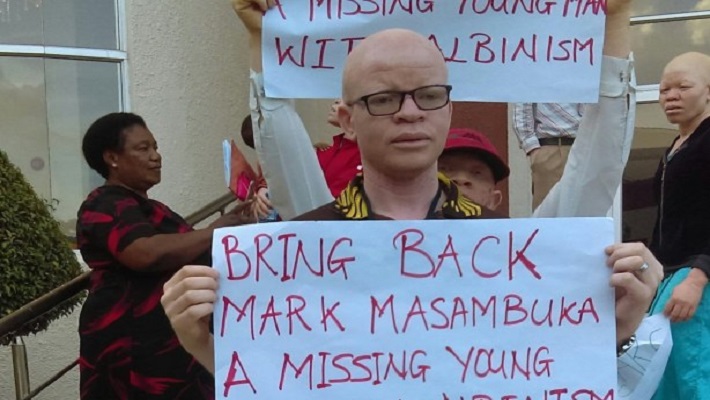 BLANTYRE, JUNE 28, 2022 (CISA) – A Malawi court on June 27, sentenced a Catholic priest, Fr Thomas Muhosha, a police officer, Chikondi Chileka, to 30 years and five other people to life imprisonment after they were found guilty of the 2018 gruesome murder of a man with albinism with the intent to sell his parts.

The five including the victim’s brother were convicted of luring the 22-year-old Macdonald Masumbuka to a graveyard where they carried out the heinous act, in a well-orchestrated plot.

In her ruling on June 27, Judge Dorothy NyaKaunda Kamanga said, “They lured him into believing that they had found a prospective wife for him and that they should go and meet her – that ended up being his death trap,” adding that “The convicts took advantage of the deceased’s psychological need for love.”

“The offence was motivated by the disability of the deceased, that of albinism,” Judge Kamanga said in Blantyre.

Mr Masumbuka was reported missing in February of 2018 with his body being found a month later buried in the garden of a home where one of the assailants lived, in Machinga district, south of Malawi, with the arms and legs mutilated and his remains burned in gasoline according to reports by local media outlets.

The priest, Thomas Muhosha who was suspended in 2018 by the Church, was charged alongside a police officer, Chikondi Chileka and a clinician, Lumbani Kamanga for extracting and transacting human tissue.

Persons living with albinism have been targeted in an increasing wave of assaults since 2014 in connection with superstitious premonitions that their body parts used in rituals attract wealth and luck.

The current population of people living with albinism in Malawi is estimated at between 7,000 and 10,000, representing a ratio of 1 in every 1,800 persons. The number of reported crimes against people with albinism in the country has risen to more than 163 cases, including 22 murders since November 2014, according to official figures.

In neighbouring Tanzania where trade in albino body parts is rife, the Office of the UN High Commissioner for Human Rights (OHCHR), the UN agency that deals with human rights issues, reported in 2016 that albino hunters sell an entire human corpse for up to $75,000, while an arm or a leg could fetch about $2,000, in a report filed by United Nations Africa Renewal.