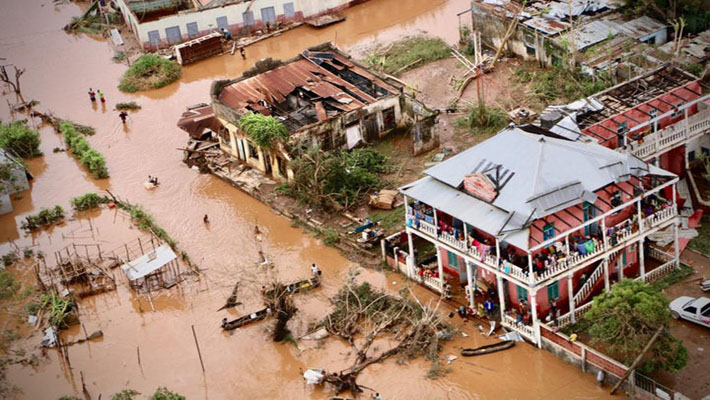 BEIRA, MARCH 26, 2019 (CISA) – The Southern Africa Catholic Bishops’ Conference (SACBC) has called on well-wishers from all over the world to step up support for people affected by Cyclone Idai, which hit Mozambique, Zimbabwe and Malawi.

“During this time of Lent we ask people of goodwill to be more generous in their contribution, so that the Church can continue to help the affected people,” SACBC said in a statement posted March 22.

SACBC confirmed that it has already given some financial aid to the affected and appealed for more people to join them and continue giving aid even as the death toll continues to rise.

“The Catholic Church unites in solidarity with the families of those who lost their lives in the disaster of the cyclone. May they rest in peace,” SACBC said.

The bishops also applauded the efforts being made so far by rescue agencies to help the affected people.

“We applaud all the rescue agencies and the international community for their quick response to the tragedy and their generous efforts to rescue the survivors and bring relief to all the afflicted,” they said.

The Jesuits Community, through its president also condoled with those who lost family and friends, and called for active measures to prevent future recurrence of such a disaster.

“The Jesuits in Africa and Madagascar join the rest of Africa and the world in mourning the loss, interruption and destruction of lives and livelihoods caused by Cyclone Idai. The scale of devastation it caused is enormous,” read a March 25 Statement by the President of the Jesuits in Africa Agbonkhianmeghe E. Orobator SJ.

“As humanity, we need to respond to the distress of our planet. Global increase in adverse and calamitous weather conditions is a manifestation of climate change, which we humans are largely responsible for…Caring for our Home is the surest way of preventing the frequent occurrence of such disasters and of taming their severity. Humanity needs to undergo an ecological conversion spoken of by Pope Francis in his encyclical on the environment,” he added.

For those who wish to give more, SACBC has provided the following account to be used: