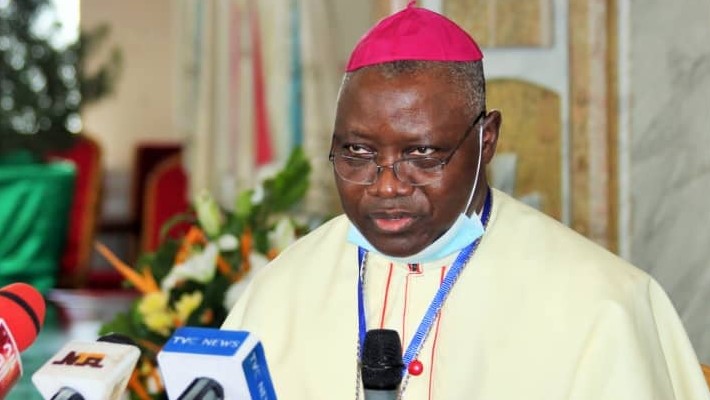 SHEDA, NOVEMBER 24 2020 (CISA) – On the occasion of the Solemnity of Christ the King, on November 22, Archbishop Ignatius Kaigama of the Catholic Archdiocese of Abuja called on all leaders to adopt the servant attitude of Jesus Christ and strive to be servant leaders.

“Christ should be the model for our political, traditional and religious leaders today. He was a King without attendants, special advisers, security guards and without other paraphernalia of power. As the Good Shepherd, he led, fed, healed and protected His sheep. He rescued and brought back the lost sheep to the fold,” the prelate said in his homily.

Speaking at Our Lady of Fatima Parish, Sheda, he noted that Christ showed an example of leadership through practical acts of service to his apostles.

“By washing the feet of his Apostles, Christ in contrast to the oppressive nature of earthly kings, showed his disciples practical lessons about true leadership. Leaders serve and don’t rule,” he said.

Calling leaders to be just in their leadership, the archbishop noted that the absence of justice is a precursor to violence.

“…when we ignore the fundamentals of justice, cordial interpersonal relationships and tear at each other, this world becomes hellish. When what is yours is denied you, or you deprive another person what is his/hers, violence easily erupts,” he opined.