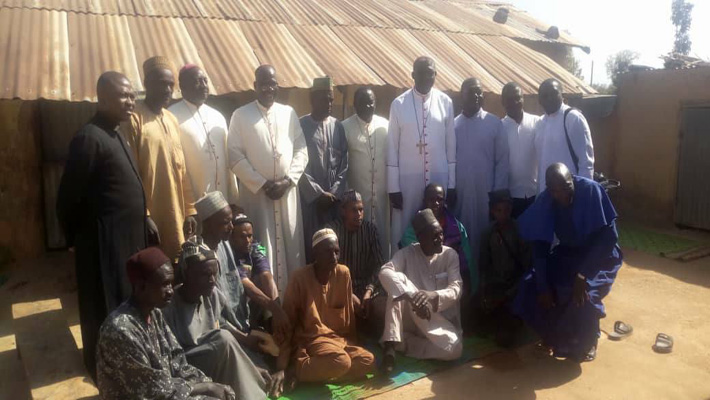 KADUNA, DECEMBER 13, 2019 (CISA)-Archbishop Mathew Man-Oso Ndagoso of Kaduna has blamed injustice by political leaders as the major cause of unrest and crisis in the country and invited church leaders to give hope to those affected.

He urged the Federal Government to work towards political and socio-economic stability in the country through the promotion of peace and unity among citizens.

“We all know the story of Kajuru local government crises, especially within last year and the two quarters of this year, we knew what happened. If there is a problem between farmers and herders it is not for us as religious leaders to take sides. Ours is to say the truth and ensure that justice is done to everybody. And we all know that we are where we are in this country because of inequality, simply because people are treated differently in terms of the provisions of infrastructural facilities,” he said.

He was speaking December 9 after holding Mass for victims of inter-ethnic clashes in the Kajuru Local Government Area of Kaduna State alongside Bishops Matthew Kukah of Sokoto, George Dodo of Zaria, John Niyiring of Kano and the Apostolic Administrator of Kafanchan Diocese.

“Where there are disparities and people are treated unequally there are bound to be problems. So, this is where we stand as religious and catholic leaders. Our own is to give hope and also strengthen the people,” he noted.

“Look at, when the Niger Delta boys were struggling to emancipate their people, money was being lifted, dollars were being harvested from their own territory, meanwhile the whole area was polluted, destroyed and fishermen lost their means of livelihood as a result of the pollution.”

“Peoples lands are being taken away, ancestral lands being occupied and there is threat here and there,and  nothing has been done by the government to ameliorate the plight of the people. It is the duty of government to protect the interests of every citizen,” said Archbishop Ndagoso.

The archbishop called on the government to provide good governance for “common good of the common man” noting that the resources of the state are not given for the interest of a particular section of the country.

“You see, the budget given by governments in every state is based on the population of the people and for their common good. And therefore, everyone in the state is entitled to the provision of good amenities. But you see it openly that resources are being channeled to communities favored by political leaders to the detriment of others. What government can do is to ensure that there is justice in governance. Once they are able to address the problem of injustice, peace would come naturally in the country,” the archbishop said.