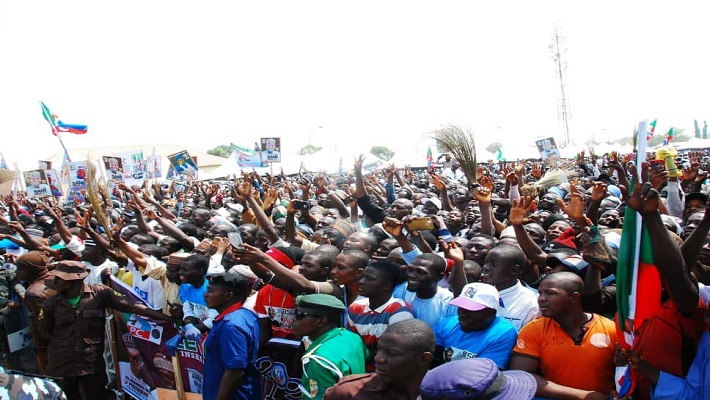 LAGOS, OCTOBER 4, 2022 (CISA)-Catholic Bishops in Nigeria are worried that as official political campaigns kicked off on September 28, the attention of political leaders risk shifting to electioneering period ignoring the plight of Nigerians.

In separate statement shared on September 30 ahead of the 62 Independence Day celebrations, Archbishop Alfred Adewale Martins of Lagos and Bishop Emmanuel Adetoyese Badejo of Oyo warned leaders against ignoring governance at the expense of the February 25 General Elections.

“Our leaders must not suspend governance because of the campaign season. Some challenges simply cannot wait for the next regime. Government must be multitasking and proffer solutions even as campaigns are ongoing. Politicians must commit to non-violence and learn to disagree without being disagreeable so as not to set fire to the tinder of public disaffection all around. They must sincerely embrace the rule of law and avoid doublespeak. Politicking must be mutually respectful and shun false and hate rhetoric which heats up the polity,” Bishop Badejo said in his statement.

As the country turned 62 years he outlines that most citizens are angry and frustrated by the insecurity situation, crippling economy, bad roads, poor governance and the lingering strike by the Academic Staff Union of Universities (ASUU) which is likely to have a direct impact on campaigns.

“The government must find a way to solve this because it is already tragic that the universities have stayed shut for so long. To allow this to continue in this campaign era is to invite trouble from restive and angry youths. I also urge our leaders, the executive, legislature and also INEC (Independent National Electoral Commission) to get on the side of equity, truth and justice and rehabilitate this crumbling country,” Bishop Badejo appealed.

Echoing sentiments by Bishop Badejo on issue based campaigns, Archbishop Adewale has asked Nigerians to “listen carefully to what they have to say and seriously interrogate them on the steps they intend to take to fulfill their promised. We must vote for competence, capacity and demonstrated passion for the common good. By what they say and how they say it, by their track records in positions of authority, in government or in private endeavors, you shall know them.”