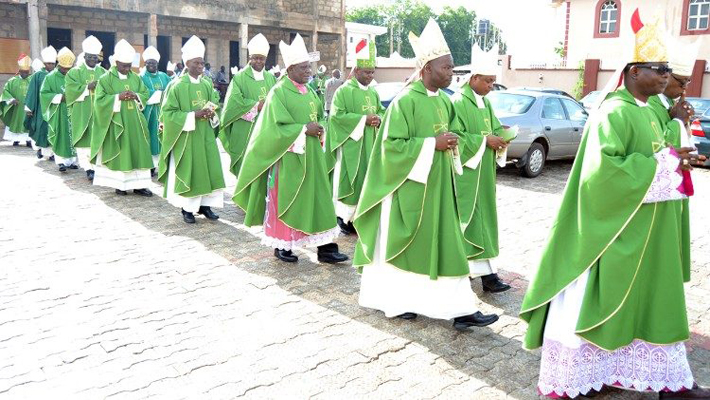 “We observe with deep sadness how unarmed Nigerians are brutally slaughtered, owing to religious and political differences, boundary disputes, and other such reasons,” reads a communiqué issued at the end of the Second Plenary Meeting in Sokoto on September 14 and signed by Most Rev Augustine Akubeze the President of CBCN and Most Rev Camillus Umoh the Secretary of CBCN.

The statement blamed the government for its slow response to the violent occurrences which “allows many of the perpetrators of these heinous crimes to go unpunished, thus creating a culture of impunity.”

“We strongly appeal that the thousands of our internally displaced compatriots be helped to return to their homes and their land restored to them as quickly as possible,” it reads.

In their statement, they called for unconditional release of Leah Sharibu who is being held captive for refusal to denounce her Christian faith and others held in captivity by Boko Haram.

“We further demand that the Federal Government ensure the safe release of the remaining Chibok girls and other persons in captivity against their will,” they said.

As the country prepares for the 2019 General Elections, the bishops encouraged registered voters to apply for a voter’s card and avoid being compromised by politicians who are fond of buying votes.

“It is right of Nigerians to fully participate in the electoral process without intimidation and violence,” they said urging the participants to respect the outcome of the elections.

The bishops emphasized on the power of prayer, encouraging all members of the Church to participate in continuous prayer for the upcoming elections.

The Second Plenary Meeting was held from September 4 to 16.