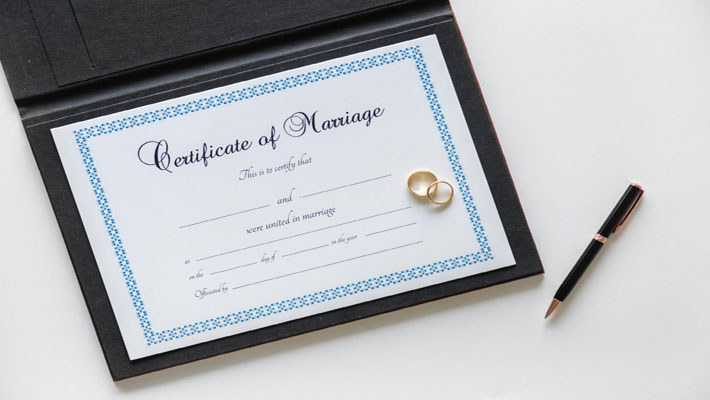 ADO EKITI, AUGUST 9, 2019 (CISA) – Catholic Bishops in Nigeria have called on the Government to review the directive barring churches without licenses from performing marriages and issuing marriage certificates to newly wedded couples.

Archbishop Gabriel Abegunrin of Ibadan and Bishops Felix Ajakaye of Ekiti, Emmanuel Badejo of Oyo, Jude Arogundade of Ondo, John Oyejola of Osogbo, and Paul Olawoore of Ilorin in a statement released on August 6 after their provincial meeting in Ado Ekiti asked the government to review the directive by the Ministry of the Interior.

“It deserves a second look especially as it concerns the new annual levies for individual places of worship. Contemporary circumstances in Nigeria demand that government needs to approach religious matters with utmost caution so as not to be considered partisan and partial on national issues,” read the statement.

The Nigerian government through the Ministry of Interior on July 30, released new conditions for licensing of churches, to be charged at N30, 000 and the places will be licensed individually, not as a group.

The Permanent Secretary, Ministry of Interior, Georgina Ehuriah at a stakeholders’ conference in July said that only 314 churches in the country were licensed to contract statutory weddings.