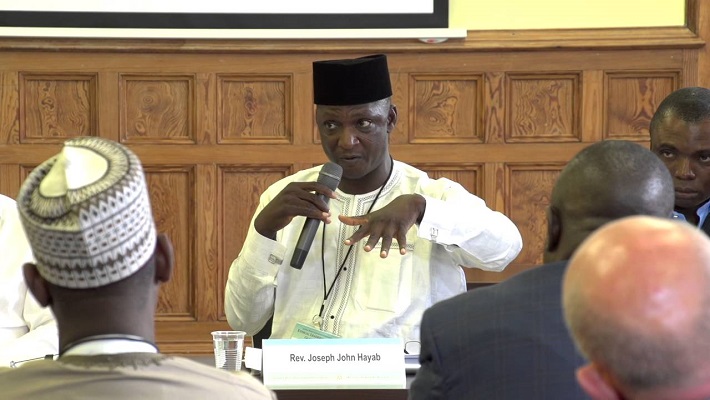 KADUNA, APRIL 1, 2022 (CISA) – The Christian Association of Nigeria (CAN), Kaduna State chapter, on March 28 called upon all Christians in the country to, “continue to pray and do what is Necessary to ensure there is peace in the country.”

This comes after a deadly attack on a Kaduna bound train by assailants who planted explosives that blew up a section of the rail; impeding travel before opening fire on passengers – an attack that lasted about two hours, claimed 8 lives and left 25 more people injured. The bandits as established by CISA, later took an unknown number off hostages as they fled off into the forests.

Speaking to media outlets in the country, the chairperson of CAN in Kaduna State, Rev Fr John Hayab, mourned those who had lost their lives. “Our hearts and prayers are with the bereaved families and we pray that God will give them comfort. And for those who have suffered injuries we pray for a speedy recovery,” he said as the association commiserated with families of those who lost their lives in the attack.

“A nation where mourning has become an everyday ordeal cannot be productive as the heart that mourns becomes fragile, unable to think, plan or organize well,” Fr Hayab maintained.

He further decried the heinous act saying – according to news reports – that, “Even while banditry is a heinous crime, the bandits appear to have evolved an extended network for intelligence gathering and planning to fulfil their mission,” adding that the attack had exposed and amplified the vulnerability of people who used the train service either for business or for social.

According to reports by PM News, the Cleric, appealed to security agencies to employ innovative and professional strategies to deal with the situation and repudiate any political interference in security matters.

“We call on the Federal Government to deploy everything at its disposal to crush the bandits who have had a field day in Kaduna State and elsewhere in Nigeria,’’ he said.

Subsequent reports emanating from Nigeria indicate that the terrorists have so far contacted various families of the captives demanding for ransom and feeding costs for their kin.