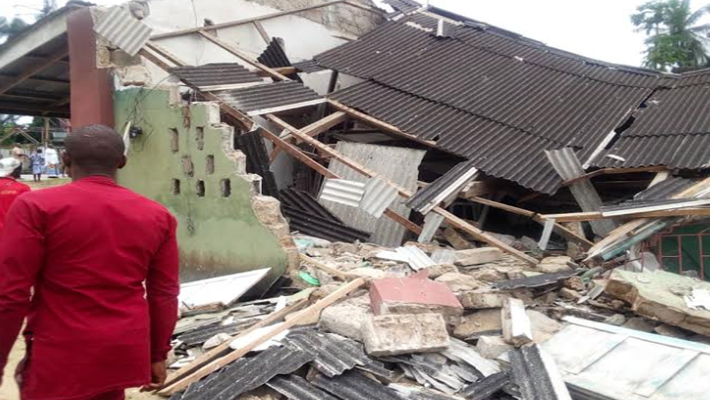 DELTA, SEPTEMBER 4, 2018 (CISA) – An 11 year old has been killed and several others injured after St Paul’s Catholic Church in Adagbrasa-Ogolo, Delta state in southern Nigeria collapsed.

The Sunday September 2 incident occurred during morning prayers as congregants were preparing for the beginning of Mass.

“I was inside the church when it happened; it was around 7:30 to 8:00 am. We were having service when it happened … So we just finished sharing the rosary and were singing some hymns when we suddenly started hearing the wall cracking and falling,” parishioner Elohor Amerotoraine told The Nation, a local newspaper.

“At that point everybody started running out to escape the falling walls, and before long the entire church had collapsed,” she said.

Delta State Governor Ifeanyi Okowade, while speaking to the media described the incident as, “sad, unfortunate and regrettable.”

According to local media, at least 15 people were injured, while four among them people rushed to hospital.

Delta State police spokesperson Andrew Aniakama said all others have been rescued from the building.

“My prayers are with the worshipers, affected families, Governor Okowa and the people of Delta State on this morning’s collapse of St. Paul Catholic Church,” said President of Nigeria’s senate Bukola Saraki, in a message on Twitter on Sunday.

“We will continue to monitor the situation and provide assistance to see that survivors are rescued and treated,” he said.

“Right now, we must all come together as Muslims, Christians, people of faith, and most importantly, Nigerians to provide all necessary relief for the affected families and community. This tragedy affects us all and we join the Catholic community to mourn the deceased,” he added.

The cause of the collapse is yet to be determined, and Governor Okowa has sent a team to the site to investigate.