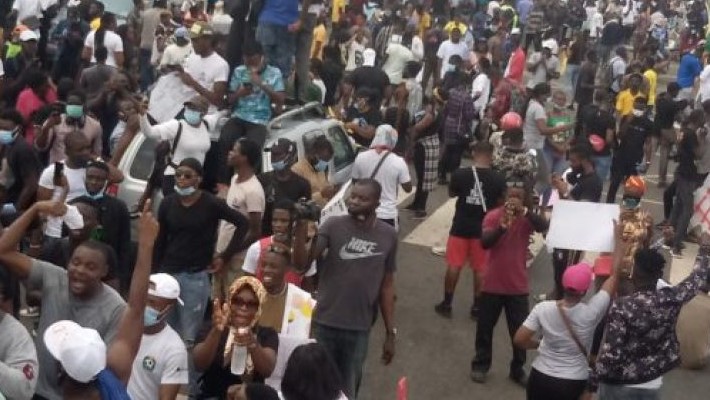 LAGOS, OCTOBER 13, 2020 (CISA)-Archbishop Alfred Adewale Martins of the Catholic Archdiocese of Lagos has condemned excess use of force by the police Special Anti-Robbery Squad (SARS) and called for government to do a review of the police force to restore its dignity.

“In recent times, we have received several reports and seen many online videos alleging that some personnel of the Nigerian Police Force, especially SARS operatives, have been involved in various acts of brutality and extortion against innocent citizens of this great country,” Archbishop Adewale said in a statement posted October 11 on Catholic Broadcast Commission, Nigeria Facebook page.

“We call on President Muhammadu Buhari to prevail on the Police Service Commission and the Inspector General of Police to commence a thorough and realistic review of the entire structure of the Police Force in order to restore its integrity. It would not be fair to the hardworking and thoroughbred professionals among the officers whose integrity have been put on the line unless a permanent halt is brought to the rot that has been festering in the system over the years,” he added.

He lamented that persons constitutionally empowered to provide security and ensure peace and order have now turned against the people they are meant to protect. In the release signed by the Director of Social Communications in the archdiocese, Fr Anthony Godonu, Archbishop Martins said that the culprits must face the law.

“We have also received reports of how some SARS officials are accused of executing victims in extrajudicial manner. To say the least, this is incredibly sad and troubling. The only way of assuaging the anger in the land now is to ensure that the guilty ones are brought to face the law and justice seen to have been done. Such heinous crimes must not be condoned or allowed to continue,” he said.

The president ordered the immediate dissolution of the Special Anti-Robbery Squad (SARS).

Protests against the squad were sparked by a video of a man allegedly being killed by police.