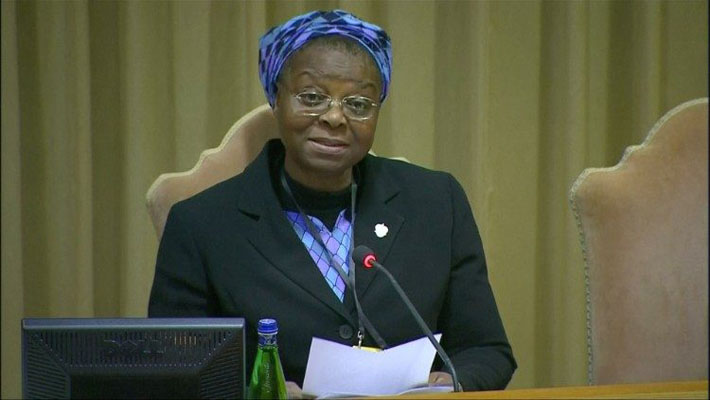 VATICAN, FEBRUARY 26, 2019 (CISA)– Nigerian Sr Veronica Openibo, the first African Superior of the Society of the Holy Child Jesus, has dismissed the notion that clerical sexual abuse is not an issue in Africa and the developing world.

In her address on February 23, to the recently ended summit on clerical sexual abuse, she said that having worked in Nigeria in the area of sexuality education for nine years, she had heard stories, and counselled many people in relation to abuse.

“Probably like many of you, I have heard many Africans and Asians say, that ‘this is not our issue in countries in Africa and Asia, it is the problem in Europe, the Americas, Canada and Australia’,” said Sr Veronica.

“The fact that there are huge issues of poverty, illness, war and violence in some countries in the Global South does not mean that the area of sexual abuse should be downplayed or ignored,” she said insisting that “the Church has to be pro-active in facing it.”

She said clerical sex abuse is a crisis that has reduced the credibility of the Church and that, “the silence, the carrying of the secrets in the hearts of the perpetrators, the length of the abuses and the constant transfers of perpetrators are unimaginable.”

“We must acknowledge that our mediocrity, hypocrisy and complacency have brought us to this disgraceful and scandalous place we find ourselves as a Church,” she said.

The February 21-24 summit was called by Pope Francis to address clerical sex abuse reported and to discuss on how to deal with the abuse crisis. The summit gathered the presidents of bishops’ conferences from around the world, leaders of Eastern churches in communion with Rome, senior Vatican officials and heads of both women’s and men’s religious orders.

“I admire you, Brother Francis, for taking time as a true Jesuit, to discern and be humble enough to change your mind, to apologize and take action. This is an example for all of us,” Sr Veronica said.