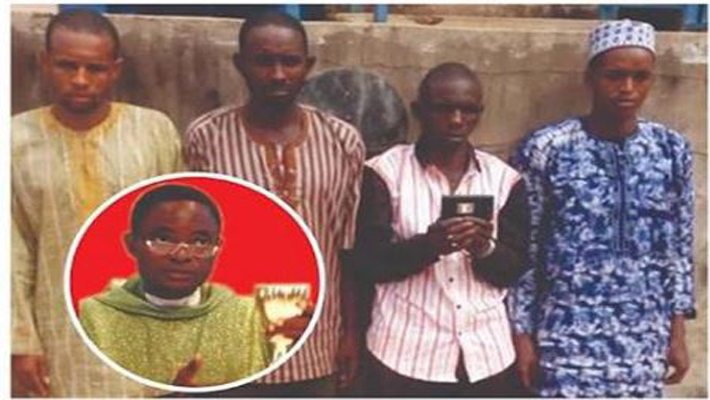 MAKURDI, JULY 31, 2018 (CISA) – A Nigeria court on July 25 sentenced to death two people found guilty of kidnapping and murdering a priest in 2016.

According to La Croix International, the kidnappers who were four in number were arrested by the Intelligence Response Team led by Deputy Commissioner of Police Abba Kyari, but two of them later died in custody in unexplained circumstances.

Fr John Adeyi, who was the Vicar General of Catholic Diocese of Otukpo and Parish Priest of Catholic Church Okpoga, was in April 2016 abducted by unknown gunmen who demanded ransom from his family.

The cleric was later killed and his body dumped in a farm near Otukpa, after the family had paid a ransom of N1.5 million.

On Wednesday July 25, the court found the two surviving suspects Suleiman Goma and Haruna Idi guilty and sentenced them to death by hanging.

In his verdict, the trial judge, Justice Andover Kakaan, noted that, “The prosecution called eight witnesses and proved its case beyond all reasonable doubts against the convicts to warrant their conviction… The evidence before me proved that the convicts conspired and kidnapped Rev. Fr Adeiyi and took him to Okungaga forest in Okpokwu local government area where they demanded for N2 million for his release but eventually killed him after collecting a ransom of N1.5 million.”