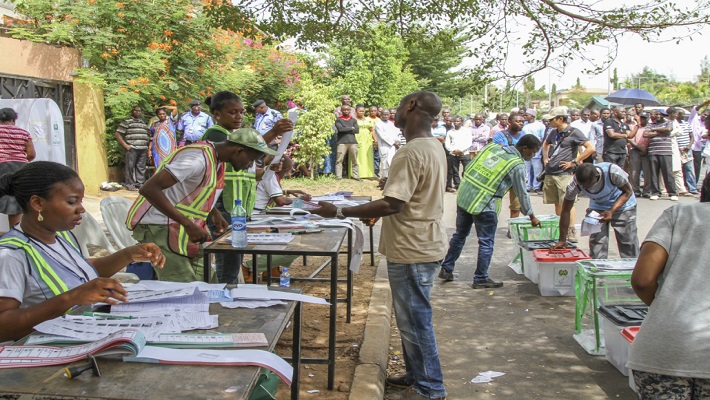 BENIN CITY, NOVEMBER 15, 2022 (CISA)-Violence, intimidation, voter buying and vote selling are electoral anomalies that harm a democratic process as they contribute to depriving citizens of the freedom to make informed choices at elections, the Catholic Church in Nigeria has warned.

“…elected officials who emerge from such a defective electoral process, have the additional moral burden of credibility while in office,” reads a statement issued by the National Pastoral Congress while calling on citizens to “use their PVCs to vote candidates of credibility and integrity who have demonstrated the capacity to pilot the affairs of this nation in a responsible and corrupt-free manner.”

As the countdown towards February 25, 2023, General Elections continues, the statement signed by Most Rev Lucius Iwejuru UGORJI, president of the Catholic Bishops Conference of Nigeria (CBCN) and Most Rev Donatus Aihmiosion, Secretary of CBCN asked the government to provide an enabling environment for citizens to participate in the polls.

“The electoral umpire, the Independent National Electoral Commission (INEC), should ensure that the electoral process is just, transparent, open, free, fair and credible. INEC, as a genuine umpire, must be neutral and objective and not favour any parties but apply the laws and principles to all in a fair and equitable manner. Government should provide adequate security to enable the citizens to come out and exercise their franchise,” the bishops said.

While rooting for idea-based campaigns devoid of bitterness and unhealthy rivalry, the Church has appealed to the political candidates to avail their manifestos to the electorate so that they can sieve their set objectives and ideas.

“The practice of promising the electorate lofty objectives to be pursued by political office holders that look good on paper but only to be jettisoned after such candidates win the election has become the common experience of many Nigerians,” the bishops said as they invited Civil Society Organizations to play an active role in advocacy and enlightenment of citizens to hold political leaders accountable.

In fulfilment of a promise made at their CBCN plenary last year in Orlu, the bishops have composed a prayer for free, fair, credible and peaceful elections to be said in all dioceses, parishes and families until the election day.