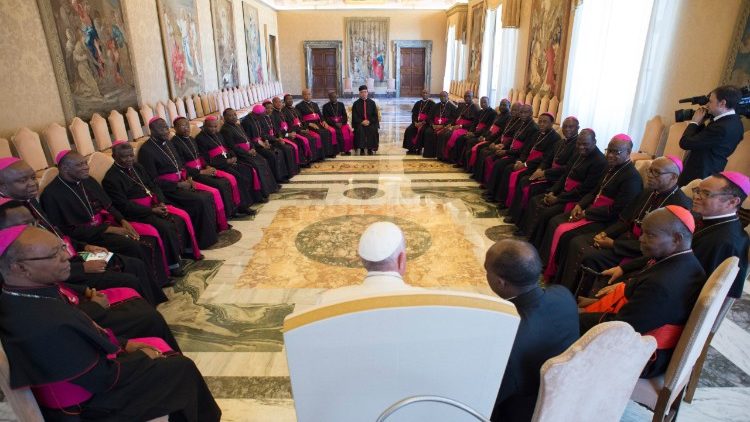 ABUJA, May 8, 2018 (CISA)-Pope Francis has assured Nigerian Catholic Bishops of his commitment in praying for the people in the face of mounting insecurity in the country.

Speaking after the Bishops Ad limina visit to Rome, Archbishop Alfred Adewale of Lagos noted the Pope’s closeness to the people of Nigeria.

“He said that we should be courageous particularly with regard to the recent troubles and with regard to terrorists that masquerade as herdsmen. The Holy Father told us to tell our people that he is with us in spirit and praying for us,” the Archbishop.

The Pope was particularly saddened by the recent attack during a morning Mass at St. Ignatius Catholic Parish inn Ayar-Mbalom that killed 19 people among them two priests.

Bishop Wilfred Anagbe of Makurdi blamed the government security forces for laxity in dealing with the insecurity.

He said in a statement dated May 7 that the failure of the government to protect Christians against the attack, “casts a shade on the sensibilities of those who have vowed to protect the sovereignty of this country, this dignity of every human life irrespective of any political affiliation and the safety of lives and property.”