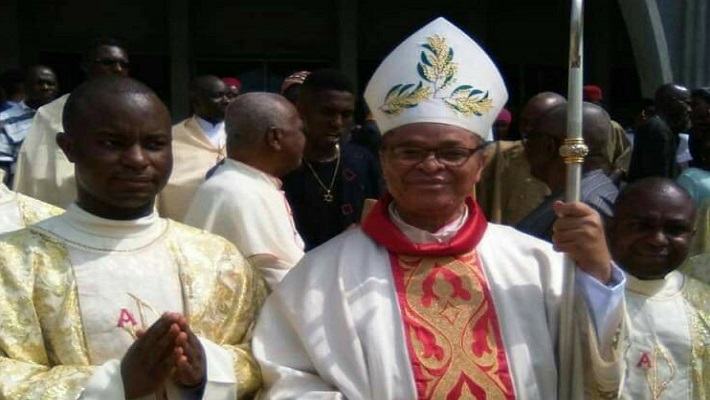 This is after Archbishop Emeritus Anthony John Valentine Obinna’s resignation request was accepted. He had attained the canonical retirement age of 75 years.

Bishop Lucius Iwejuru Ugorji was until his appointment, the Bishop of the Catholic Diocese of Umuahia and Apostolic Administrator of Ahiara Diocese since his appointment in 2018 after the resignation of Bishop Okpaleke who cited ill disposition among priests and lay faithful as considerations of his resignation.

“Exercising the ministry in a diocese where priests who are supposed to be my immediate and closest collaborators, brothers, friends and sons are at war with one another, with the laity and with me as their chief shepherd would be disastrous and a threat to the salvation of souls — including my own soul,” he said at the time.

In his pastoral statement titled ‘A New Springtime in Ahiara Diocese’ for which he is fondly remembered, Bishop Ugorji said, “I wish to state that a new time has dawned for the Church in Ahiara Diocese. It is a new springtime, the time to restore this Diocese to its past glory. In order to do so, we should fervently strive to deepen, purify and strengthen our faith in line with the authentic teachings of the Church. We should also strive to overcome our differences, heal the wounds of division and unite once more for our common mission of evangelization. Past animosities and misunderstanding should be over and a new communion and friendship among you begun for the sake of the Gospel.”

However, he will continue to serve as the apostolic administrator of Ahiara according the announce by the Holy See Press office.

Bishop Ugorji, who is also the Vice President of the Catholic Bishops’ Conference of Nigeria (CBCN) was born on January 13, 1952 and ordained priest in 1977. He has served at the episcopate for 31 years since after being consecrated Bishop of the Catholic Diocese of Umuahia.