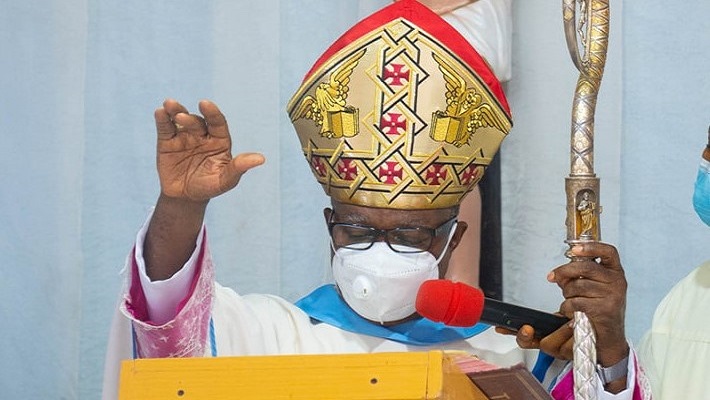 ONITSHA, MAY 18, 2021(CISA) – Archbishops Anthony Obinna of Owerri and Valerian Okeke of Onitsha have expressed concern over continued insecurity in Nigeria.

“The state of Nigeria in different parts of our country is expressing so much violence, insecurity and anxiety. This is a source of major concern to us Bishops. We are speaking to you, our people at various levels of government and across the nation, to see that this nation is in great danger unless we bring a new spirit and a new approach,” Archbishop Okeke said in a video posted on Facebook on May 11 after the Extra Ordinary Onitsha/ Owerri Inter-Provincial Bishops’ Meeting on the situation of the Country.

“The injustice, the insecurity that is very noticeable at various levels of government and high handedness with which government and security personnel approach various segments of this nation has led to public outcry, public dismay and disappointment,” Archbishop Okeke said.

According to Archbishop Obinna “…the Government is taking away weapons of those who are struggling for self-defense instead of addressing the source of the problems and cries of the people.”

“The leadership of Nigeria is crushing, those herdsmen, bandits are killing people,” Archbishop Okeke said asking the government of President Muhammad Buhari to look into security matters and restrain those who are using weapons of various sorts to intimidate the people and to create  unrest.

“We expect a stoppage of the carnage that is taking place in farmlands and in various locations,” Archbishop Okeke said, urging on all Nigerians to recognize that every human life is sacred.

On May 8, The Catholic Bishops’ Conference of Nigeria (CBCN) advised President Buhari to improve the economy, security of Nigerians, and to embrace criticism.

“It is not out of place to call for a security summit in whatever form it may take as long as it leads to the unity, peace, justice, progress and protection of Nigerians,” said Archbishop Augustine Akubeze, President of CBCN.

According to the UN, clashes involving Government security forces and insurgent groups in northeast Nigeria has caused mass displacement and threatened humanitarian assistance.