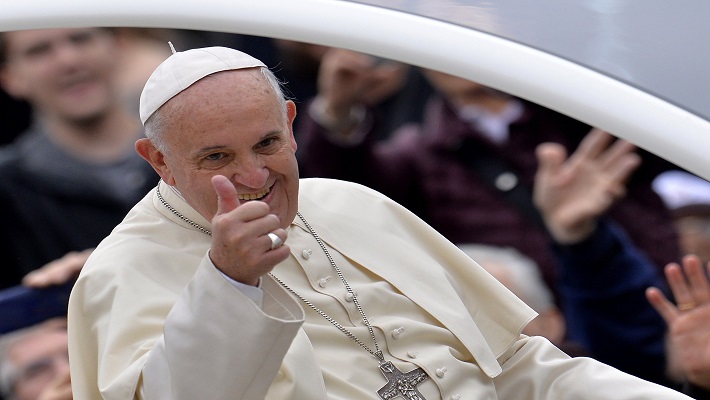 VATICAN CITY, MARCH 4, 2022 (CISA) – Pope Francis is set to visit Kinshasa and Goma in the Democratic Republic of Congo from July 2 to 5 and thereafter head to Juba in South Sudan from July 5 to 7.

The announcement was made on Thursday, March 3, by the National Episcopal Conference of Congo (CENCO) and the Government of DRC.

“Pope Francis will visit our country 37 years after Pope John Paul II, a historic visit… Our government welcomes this historic announcement. We must all prepare ourselves to welcome this distinguished guest. It will be a moment of great communion,” said the government spokesman Patrick Muyaya. He added, in Swahili, “Karibu kwetu François (welcome here Francis)”.

“Since the visit of John Paul II, so many things have happened. There have been wars, the country has experienced many vicissitudes so that the DRC that Pope Francis will know is very different from the country that John Paul II knew,” said Archbishop Marcel Utembi of Kisangani and chairman of CENCO.

The Pope’s visit according to Archbishop Utembi will “revive the hope of the Congolese people who need peace, security and well-being.”

While calling for the mobilization to welcome the Holy Father, Cardinal Fridolin Ambongo says the visit is “an invaluable gift to the DRC and the Congolese people who are going through difficult times today”. He called for “a spiritual preparation for this meeting of grace and blessing.”

From DRC, Pope Francis will travel to South Sudan, Africa’s youngest nation, the Republic of South Sudan. When the nation was born on July 9, 2011, after voting in a referendum to secede from the Arab-dominated Sudan in the North, the Holy See supported their quest for self-realization.

Interestingly, three years later on February 22, 2013, the Holy See and the Republic of South Sudan established diplomatic relations at the level of Apostolic Nunciature with a residence in Nairobi, Kenya.

According to Archbishop Stephen Ameyu of the Catholic Archdiocese of Juba, the objective of the Pope’s visit is to stand in solidarity with the people of South Sudan. This will be a historic visit in that Pope Francis will be the first pontiff to visit South Sudan.

Francis has visited Africa four times since his election in 2013. He visited Kenya, Uganda and the Central African Republic in 2015. In 2017, he went to Egypt and in 2019 he visited Morocco, and later that year Mozambique, Madagascar and Mauritius.