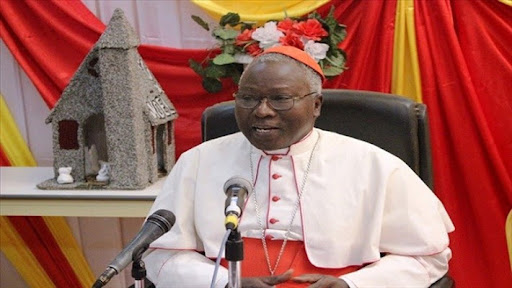 VATICAN CITY, OCTOBER 15, 2021 (CISA) – “From Boko Haram in Nigeria, the forces of evil have spread throughout the area of ​​West Africa – especially in Mali, Niger and Burkina Faso. As a pastor, I am at the heart of the suffering of our people. We pray to God and we also try to initiate acts of solidarity in favour of the affected populations, in particular the displaced persons. A week ago, the Minister in charge of Social Action said that in Burkina Faso, we have more than 1.4 million internally displaced persons,” Cardinal Philippe Ouédraogo told Vatican News on October 12.

The Archbishop of Ouagadougou, Burkina Faso, and President of the Symposium of Episcopal Conferences of Africa and Madagascar (SECAM), in an interview with Vatican News, said that he had briefed the Holy Father about the worrying security situation in West Africa.

“We have an enemy in front of us that we don’t know. Who is behind this movement? Who finances it? Kalashnikovs are not made in Africa… So where do these instruments come from, with which brothers’ kill their brothers and sisters, their fellow human beings? We cannot identify those who cooperate with the forces of evil. We always say “armed men…” without being able to identify them concretely. Despite the presence of external forces, the internal forces of our States, we are not able to curb the problem and we see dozens, even hundreds of brothers and sisters needlessly killed,” said Cardinal Ouédraogo.

“The international community is there, in Mali, Niger as well as in Burkina Faso. Each country is trying to forge alliances that can help them cope with this tragedy. But today we see the ineffectiveness of all these forces. Even at the level of the G5 Sahel, their synergy of efforts is not yielding the expected results. We really need a consultation to try to overcome the evil that is there and traumatizes all populations,” he added when asked about the involvement of the International Community.

On October 9, the President of SECAM was in attendance at the opening of the synodal path in Rome, which will lead to the General Assembly of the Synod of Bishops in 2023. He was received in the audience by Pope Francis with a small delegation. According to Cardinal Ouédraogo, this was an opportunity to explain to the Holy Father the work accomplished by SECAM and to talk about several difficult situations on the African continent, including that of Burkina Faso.