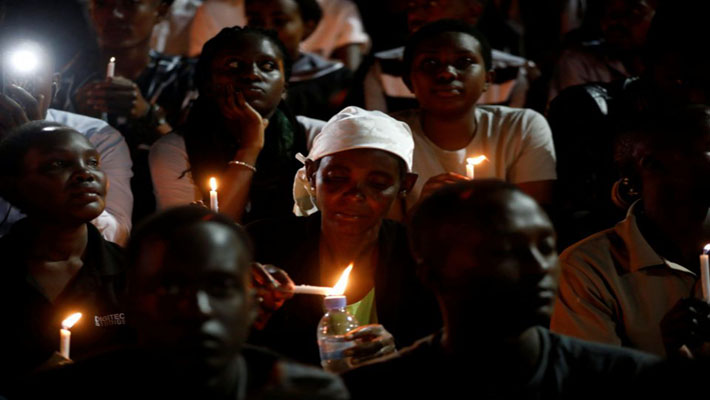 KIGALI, APRIL 23, 2019 (CISA)-The Rwandan Catholic Bishops Conference has apologized for calling for the release of some prisoners convicted for roles in the 1994 genocide.

“We apologise because we announced it during this difficult commemoration period,” the bishops said in a statement signed by Bishop Phillippe Rukamba, the president of the Rwandan Catholic Bishops Conference.

Their apology followed the criticism of a pastoral letter that called for the release of old and ill convicts serving sentences for the mass killings.

“We wrote to Christians, encouraging them to continue promoting unity and reconciliation, while also seeking forgiveness.”

“This letter caused a lot of hurt, especially for what we requested on behalf of the elderly and sickest who are still in prison for the crime of genocide. We are saddened it offended people – this was not what we intended,” the bishops said.

The bishops said they especially regretted their appeal had caused anguish “at a great moment of mourning” and pledged the Catholic Church would continue supporting genocide survivors and those safeguarding the memory of victims.

On April 7, Rwanda marked the 25thanniversary of the genocide at the Genocide Memorial Center in Kigali, that was attended by President Paul Kagame and leaders from Africa and the European Union.

“There are genocide survivors and those close to them, especially widows and orphans, whom we must help bear the pain and accompany on a journey of self-reliance. There are also those imprisoned for genocide against Tutsi, including the elderly and those with illnesses. These persons should also be assisted,” the bishops said.