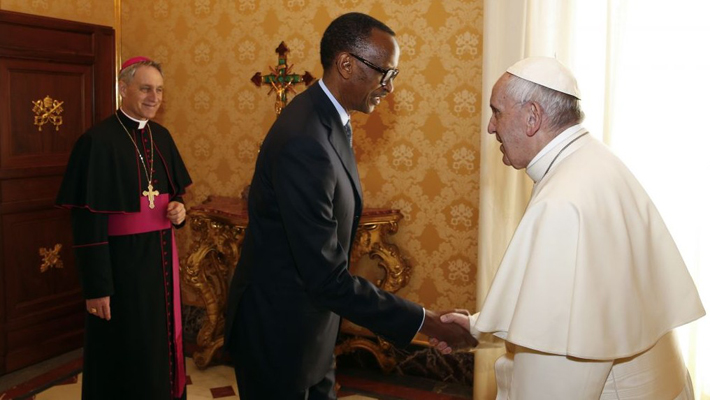 KIGALI, AUGUST 17, 2018 (CISA)-The Episcopal Conference of Rwanda has expressed disappointment at the government’s closure of churches and worship places saying it breaks the promise made during President Kagames talks at Vatican with Pope Francis in March 2017.

“Most people are shocked and disappointed; they don’t understand what’s happening and why there’s been no explanation,” Fr Martin Nizeyimana, the Secretary General of the bishop’s conference told Catholic News Service on August 14.

“Certainly, religious freedom is proclaimed under our constitution. But if they start churches without any warning, we quickly see a gap between law and reality. What’s most important now is to ensure our church’s mission can continue here,” he said.

A government statement released on the closer of churches confirmed that more than a third of the 71 Catholic Churches in Rwanda’s western Rusizi district. Other churches affected are 1,381 Pentecostal prayer houses and 15 percent of mosques in the region.

“These closures do not infringe on freedom to worship, but rather address  the alarming proliferation of places of worship in dilapidated and unhygienic conditions, as well as troubling behavior by unscrupulous individuals masquerading as religious leaders,” reads a governments statement.

“If measures are taken to protect the safety of people, this is good, but they should be explained, so people don’t just arrive and find their church closed,”

According to the government, the buildings remained locked because of health and safety issues including lack of toilets, plastered walls, and paved access roads.

Meanwhile faithful continue to pray in the open air awaiting negotiations with the government.