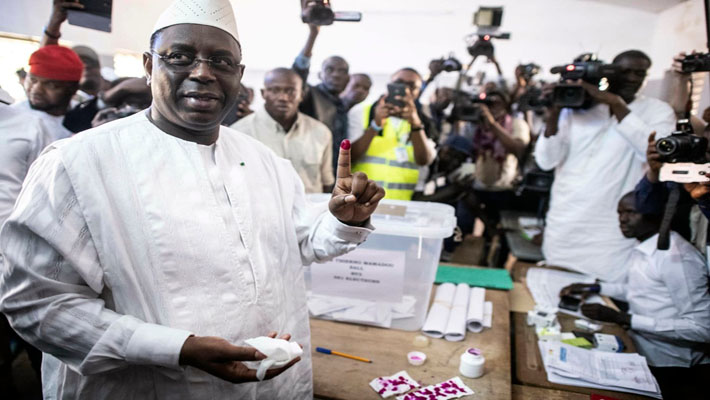 DAKAR, MARCH 1, 2019 (CISA)-The Joint Electoral Observation Mission of the Episcopal Commission Justice and Peace and scouts has lauded the Independent Electoral Commission of Senegal for the good organization of the presidential election held on February 24.

“The Joint Electoral Observation Mission notes that the presidential election of February 24, 2019 took place in good conditions. The dysfunctions noted did not taint the sincerity of the vote, “said Fr Alphonse Seck, head of the Mission.

They however urged the electoral commission to “strengthen the technical and operational capacities of electoral agents and make them available in accordance with the electoral code and good cooperation with civil society.”

According to the announcement made on Thursday February 28 by Judge Demba Kandji the Chairman of the Independent Electoral Commission of Senegal, President Macky Sall was reelected for a second term receiving 58.3 percent of the elections.

Although the elections results were contested, his opponents in a joint press statement said that they will not challenge the outcome of the elections.

The team called on candidates and political actors to “engage any possible challenge in strict compliance with the Senegalese electoral law and in a peaceful manner” further warning them to “refrain from making any statement likely to undermine peace, public order and national unity.”

The Joint Electoral Observation Mission of the Episcopal Commission Justice and Peace and scouts was composed of 1,000 member spread in the seven dioceses of Senegal.

The team was financially and technically supported by Catholic Relief Services of Senegal Caritas France, Caritas Spain and Caritas Italy.