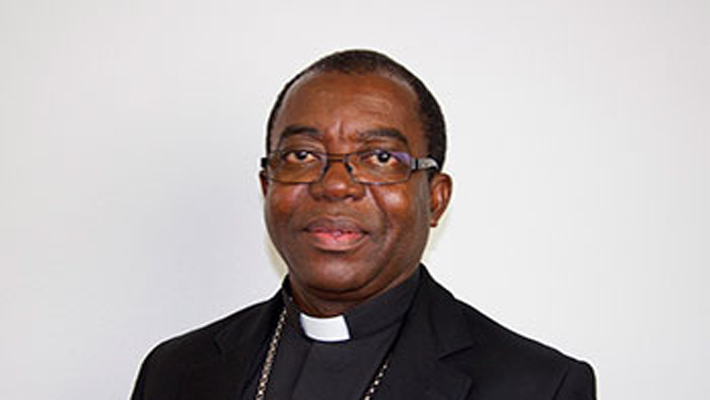 He succeeds the late Bishop Patrick Daniel Koroma who died on December 14 2018.

Until his appointment, Bishop Aruna was the auxiliary bishop of Kenema diocese.

He was ordained bishop of Makeni Diocese on January 5, 2013 and was later appointed Auxilliary bishop of Kenema and Titular bishop of Nasbinca on July 18, 2015.

He served in various capacities in the pastoral field, interspersed with studies. In 1996 he entered the priestly formation ministry, at St Paul’s Major Seminary, Makeni and Freetown (Kingtom and Regent) where he served for 13 years.

He also holds a certificate in Counseling Skills, Christian Leadership and Spirituality from the Institute of St. Anselm in the United Kingdom.

He also served as Secretary General and National Director of Pontifical Mission Societies (PMS) for the Inter-territorial Catholic Bishops’ Conference of The Gambia and Sierra Leone from 2007 to 2012, when he was appointed bishop of Makeni.