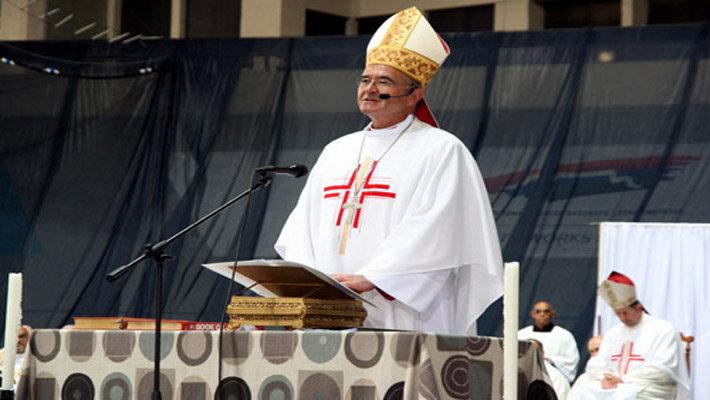 In his address to the Bishops during the Plenary Session held at Mariannhill on August 1, the Archbishop lauded the contribution of the current leadership style to the stability of the country.

“It is gratifying to see that action has been taken against corruption and this is a sign of hope that we are embarking on a path of greater honesty and good governance,” said the Archbishop.

He differed with the critics of President Ramaphosa and his leadership style stating that, “the present climate with its stark divisions, particularly in the governing party, there is probably no realistic alternative approach.”

The Archbishop urged the government to give dialogue a chance as a remedy to some of the challenges the country and its citizens are facing.

“There will never be a resolution to racism without dialogue, facing the uncomfortable reality and the essential need for economic transformation – the last is going to be an important focus for this plenary session and will hopefully lead to positive contribution from the Bishops’ conference,” he added.

Guided by this year’s theme that of economic transformation and land reform, he reassured his support to the government in its quest in addressing the setbacks.

The plenary meetings are intended to bring the bishops of the region together to discuss important matters pertaining to the Church and society usually held in January and August.

It is an opportunity for the episcopal body of the Church in the region to reflect on what is important in the life of the Church. They often have professionals who address them on specific topics. It is also a time in which the bishops can spend time together, praying, sharing experiences and socialising.