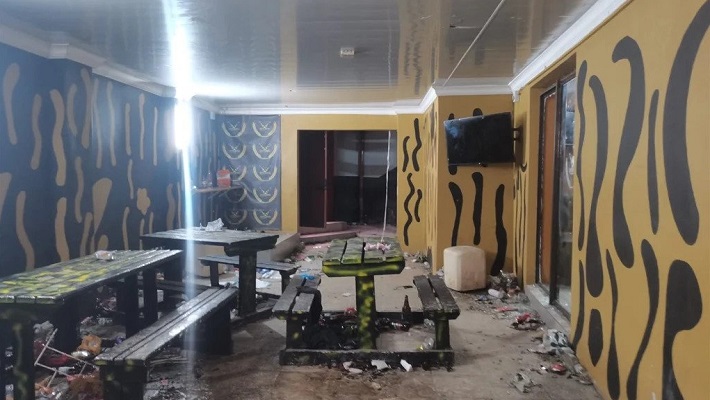 MTHATHA, JULY 5, 2022 (CISA) – “Why did the authorities not monitor the operation of this tavern after granting it a license? Must we assume that all these children had reached a stage where their parents could not stop them from going to shebeens, or the parents did not care?” interrogated Bishop Sithembele Sipuka of the Catholic Diocese of Mthatha and Chairperson of the Southern African Bishops Conference (SACBC)

In his July newsletter, the bishop decried the Enyobeni Tavern tragedy where 21 minors gained access to the tavern in East London, Eastern Cape, South Africa, and all died at the venue under mysterious circumstances on June 26. The youngest victim was a 13-year-old.

“Authorities and leaders are talking about the need to bring the owner to justice, and the media is only revealing now the possible illegal operation of this shebeen,” the prelate lamented.

According to local media reports, South African authorities investigating the tragedy are yet to release a report on the possible causes of the deaths of the young people who were in the joint to celebrate the end of school exams.

“Even as the relevant authorities deconstruct what happened to ensure there is justice for the victims, there is a conversation we do need to have as a country. It is the problem of underage drinking,” posed Bishop Sipuka.

“The footage and images posted online of the so-called “pens down” party at the venue that night show revelling youngsters clutching bottles of alcohol. Many of those in the images look barely out of their teens,” said President Cyril Ramaphosa of South Africa as he raised concerns about the normalization of underage drinking in the country.

Agreeing with the President, Bishop Sipuka warned that the taverns and the way they operate are venues for similar disasters waiting to happen and that the Church should not play the ‘ambulance role’, coming after a disaster has occurred.

“We must as Church also be proactive and engage to minimise such tragedies if not to end them. I invite the priests to raise this matter in their ministers’ fraternal and seek ways to address it. Catholics in leadership positions must agitate for discussion and solutions to this taverns problem. Women sodalities in cooperation with women groups of other churches could also initiate a conversation about this matter to find ways of addressing it,” he added.

As the country waits for the report of the investigations, the police have opened inquests into the death of 21 teenagers aged between 13 to 17. The Eastern Cape Liquor Board has also opened a case against the owner of East London’s Enyobeni tavern.

The government has also granted the wish of the affected families to conduct a mass funeral service on July 6 at the scenery Park before bodies are buried at their separate places of wish. President Ramaphosa is scheduled to attend the service for the 12 girls and nine boys who died on Sunday, July 26.