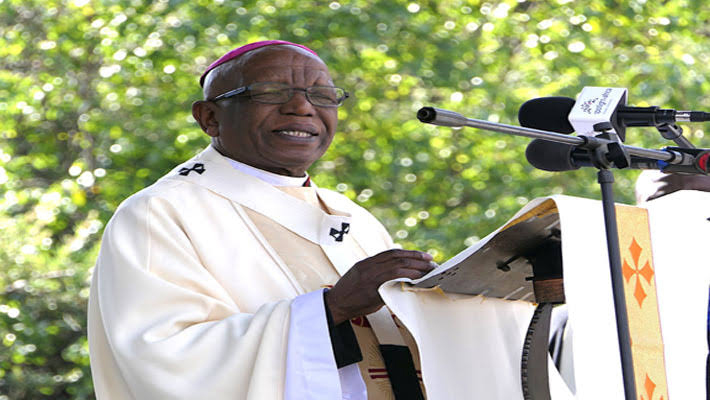 JOHANNESBURG, MARCH 20, 2020 (CISA)-The Catholic Archdiocese of Johannesburg has given the clergy and faithful guidelines on how to conduct church activities during the Easter season without spreading the Covid-19 disease.

In a March 17 statement signed by Archbishop Buti Thlagale of Johannesburg, the faithful were advised to refrain from attending Masses and any other meeting of more than 100 participants

“Catholics are also citizens of South Africa. The government has made a call on all South Africans to become involved in the gallant effort to curb the spread of the corona virus and to save lives…we hereby dispense ALL Catholics in the Archdiocese of Johannesburg from attending Mass during the entire period of the disaster,” the statement reads.

According to the Archbishop, there will be no celebration of Chrism Mass, instead Mass of the oils will be celebrated by the Bishops and members of the Council of Priests. Oils will be available for collection.

“Palm Sunday Procession, Holy Thursday, Good Friday and Easter Vigil will not be celebrated publicly at all. It would be difficult to limit the Faithful to a 100 people. We encourage the Faithful to join their small Christian communities, zonal prayer groups, families etc. to follow the prayers and readings that are offered in their Missals. Those communities that have less than 100 members may celebrate publicly according to custom,” the Archbishop noted.

He also directed that Baptism, First Communion and Confirmation may be celebrated at the Priest’s discretion provided that the participants include parents, sponsors and the candidates, and that the total number of the Faithful is not more than 100 people.

This arrangement will remain in place for the duration of the state of disaster.

“Every parish church should have sanitizers installed and those responsible for counting money are advised to use gloves. Collections should be deposited into a collection box placed in the front of the church,” he noted.

South Africa has as of March 20 recorded 202 cases of Covid-19 infections.