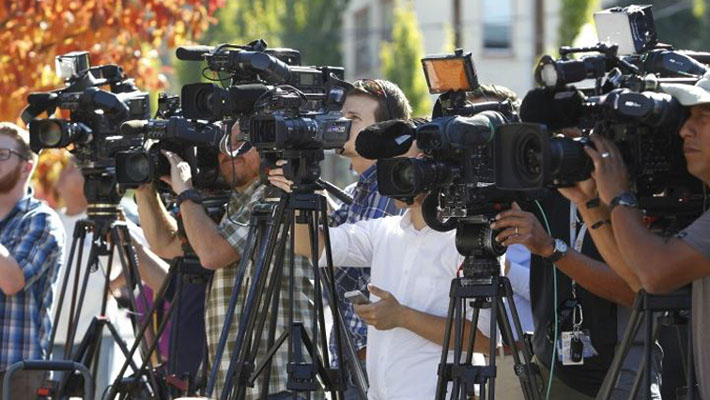 “Media freedom and free flow of information are key cornerstones for a developmental state and a healthy democracy.  Therefore, any violence or intimidation of journalists is completely unacceptable,” the commission posted on their website on November 29.

The commission appealed to The leadership of EFF to, “Consider setting aside time to meet South Africa’s National Editors Forum (SANEF) so as to find amicable solution to the current impasse.”

Their statement comes after the leader of Economic Freedom Fighters (EFF), named five journalists on November 20, and urged his supporters to, “deals with them decisively” while adding to “never be violent with them.”

According to Reporters without Borders, the five journalists named by Malema were Max du Preez and Ferial Haffajee of News24, Ranjeni Munusamy of the Sunday Times, Peter Bruce of Business Day and Palesa Morudu – had pointed out the contradiction between the strong anti-corruption stance that the EFF has taken for years and the fact that it is now suspected of illegal funding .On November 27, he suggested, his party to, “stop the invite” of these journalists to avoid situations where they, “don’t feel safe”.

Reporters without Borders (RSF) also condemned the threats saying that they could encourage physical violence.

“Inciting hatred against journalists is unworthy of a political leader, and irresponsible, because it encourages actual physical violence. The sole aim of these intimidatory methods is to deflect public debate about the matters of general interest revealed in the media. It is essential that the South African authorities condemn these dangerous comments and send a clear signal to any politician who resorts to insults and threats in response to facts exposed by the press,” said Arnaud Froger, the head of RSF’s Africa desk.