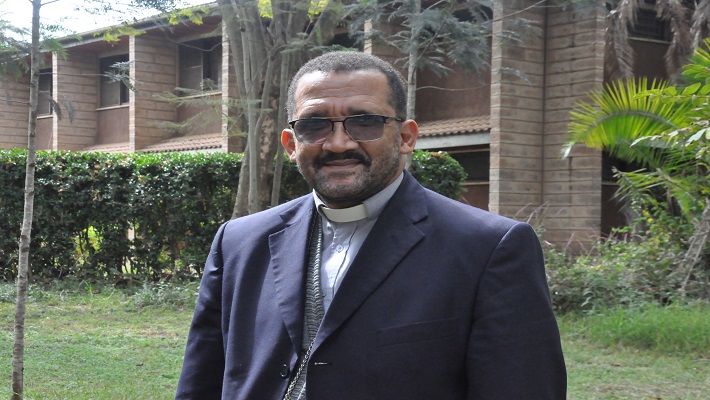 NAIROBI, July 26, 2022 (CISA)-  “I have known people, credible people, authentic people who are gay or lesbian, very intelligent, very integral people, very committed people, very loving people, and so it is difficult to say that there’s something wrong with this one, you know because some of them really are in terms of integrity full of admiration, the way they are as a person that is difficult for me to condemn them, and say that there’s something wrong with them,” avowed Bishop Sithembele Sipuka of the Catholic Diocese of Mthatha, South Africa, and president of the Southern African Catholic Bishops’ Conference (SACBC) on July 19.

In an interview with CISA on the sidelines of the II Pan-African Congress on Theology, Society, and Pastoral Life held in Nairobi from July 18 to 23, Bishop Sipuka in responding to the question of the LGBTQ community as a rising challenge in the continent and as brought about as a sub-theme in the congress said that he cannot speculate if the LGBTQ issue is truly a challenge in Africa, however, “the reality now that I see in the African context, particularly in South Africa, is that this is real. There are people who feel that you know, they are just trapped in the wrong body, otherwise, they’re not attracted to the opposite sex.”

In 2006, South Africa became the first and remains the only African country to legalize same-sex marriage, with a constitution that also protects against discrimination based on sexual orientation since the Civil Union Act, 2006, came into force on November 30.

“It is something that I cannot approve really. I cannot approve because it is not part of our faith and we do not present our own opinions and make them a source of a teaching sort of,” expounds the prelate.

The local ordinary of Mthatha posits that in light of these emerging challenges in the Church in Africa, the people who identify as LGBTQ should be accorded the value of human dignity.

“The most we can do, for now, is to, is to grapple with it, to try and understand, and to see how to continue treating these people with the dignity that they have because, despite their sexual orientation, there are still children of God, they have the same dignity,” said the bishop.

Bishop Sipuka in alluding to different interpretations and teachings of theologians, clergy, and scholars who either identify as pro-LGBTQ or anti-LGBTQ, warned that “You cannot speak really on it on the terms of your liking about things because your duty as a theologian is to discern what God is saying and what God is teaching and what is true to the Catholic church.”

“The process and teaching of the Church so far is still that marriage is between a man and a woman. But on the other hand, it does not mean at all that we should despise or think of people who are gay and lesbian as any less than heterosexual people,” he added.

Bishop Sipuka said that he finds it difficult to “simply ascribe this to some kind of sickness,” adding “given my experience with some of them, some of the young ones I understand that they may still be confused, trying to discover their sexuality but there are others who are definite about it.”

“I’m open to hearing more on how pastorally to deal with this matter. I’m also open for it to be discussed theologically. In the end, the teachings about the church are always about love even exactly everything that they touch is about love,” quipped Bishop Sipuka.

View all posts by Copy Editor → 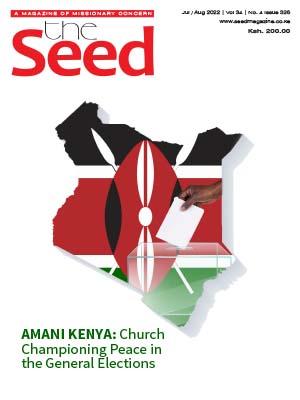