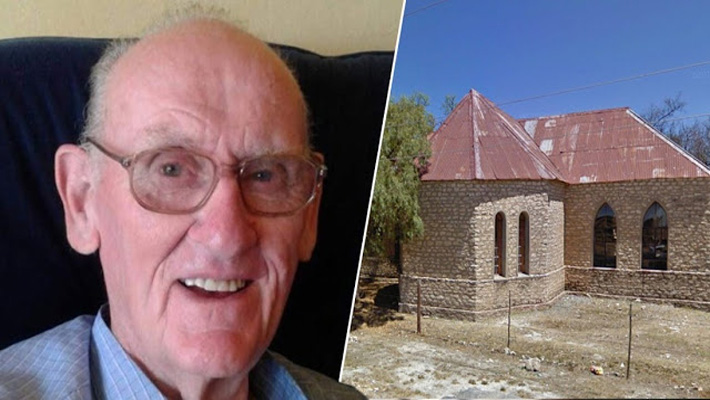 KLERKSDORP, JANUARY 17, 2020 (CISA)-A 23-year old suspect has been arrested and will be presented in court in connection to the death of Fr Joseph Hollander, a missionary of Oblates of Mary Immaculate in South Africa (OMISA).

The body of Fr Hollander, who was the parish priest of Budibe Catholic Parish, was discovered Monday, January 13 afternoon by a parishioner.

According to Rt. Rev. Victor Phalana, bishop of the Catholic diocese of Klerksdorp, Fr Hollander is likely to have suffocated to death after being tied up by alleged burglars who made away with his clothes and cell phone.

“We are surprised that those who did this could actually kill him in such a brutal way. He was tied his feet and hands and they strangled him. How can you do that? He died a painful death. I am disappointed that people can have this type of cruelty. This is inhuman, it is barbaric,” Bishop Phalana said.

The bishop described Fr Hollanders as someone full of enthusiasm, life and dedication. He spoke fluent Afrikaans and Tswana, a Bantu language spoken in South Africa and Botswana which the bishop defined as being, “part of people’s lives”.

“We are deeply affected by what has happened. Jeff was found tied hand and foot and with a rope around his neck. A terrible death for someone who dedicated his whole life to his mission,” says Fr Daniël Coryn, Provincial Superior of the Oblate Missionaries of Mary, from Blanden, Belgium.

He arrived in South Africa on January 31 1965, and for 55 years worked as a missionary in the Tswana-speaking area, now North West Province of South Africa.

Fr Joseph Hollanders will be buried on Wednesday, January 22, at the Klerksdorp cemetery in Matlosana.