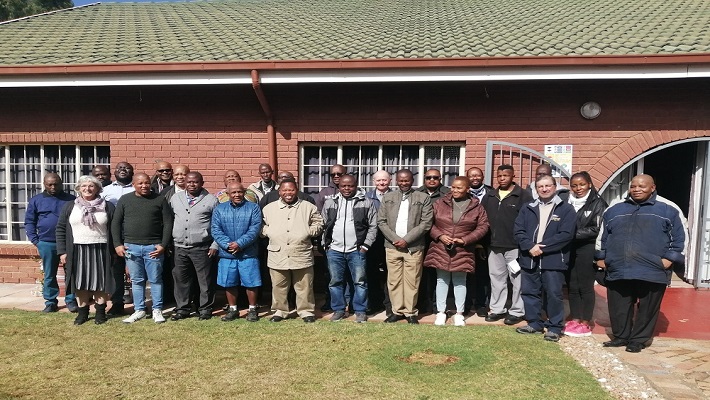 GAUTENG, MAY 24, 2022 (CISA) – The Justice and Peace Department of the Southern African Catholic Bishop’s Conference (SACBC), from May 17 to 19, organized a workshop on the implementation of the SACBC Pastoral Plan on Care of Creation, the Laudato Si encyclical by Pope Francis.

According to SACBC, the workshop was “meant as a guideline for the implementation of the Care of Creation Training Manual for the dioceses but also serves as an opportunity for dioceses to have input on before the finalized manual is approved and printed. This is because the manual is based on Suggestions from all over the world and therefore there’s a need to have suggestions that are coming from Africa.”

Fr Stan Muyebe, the Director of the Justice and Peace Department, in his presentation shared his joy with the participants as he talked about the various events fronted by the department during the 2021 Season of Creation. Fr Muyebe had, at the time, called upon dioceses to launch a tree-planting campaign which some heeded and for which he was thankful.

The Vicar General of the Dominican General Vicariate of Southern Africa urged all in attendance to ensure the implementation of the SACBC Pastoral Plan in their various dioceses, especially with regard to the sections on Care of Creation.

Ms Bernadette Crewe-Brown, a Sustainable and Community Development Practitioner presented an overview of Laudato Si’ as well as its action platform before delving into the seven goals of the encyclical: the Cry of Earth, the Cry of the Poor, Ecological Economics, Simple Lifestyles, Ecological Education, Ecological Spirituality and Community Involvement and Participation.

The report by SACBC mentions that the former Religion and Life Orientation educator at De La Salle Holy Cross College, encouraged participants at the workshop, “to enrol at the Laudato Si’ action platform website for more useful resources,” while heaping praise on the SACBC Pastoral Plan for including The Care of Creation section. She also rallied the audience to enrol as animators in the Laudato Si’ Movement

Ms Crewe-Brown, asserted that people grounded on good values are certain in fulfilling ‘A journey towards full sustainability in the holistic spirit of integral ecology’ that the Laudato Si’ Action Plan speaks about.