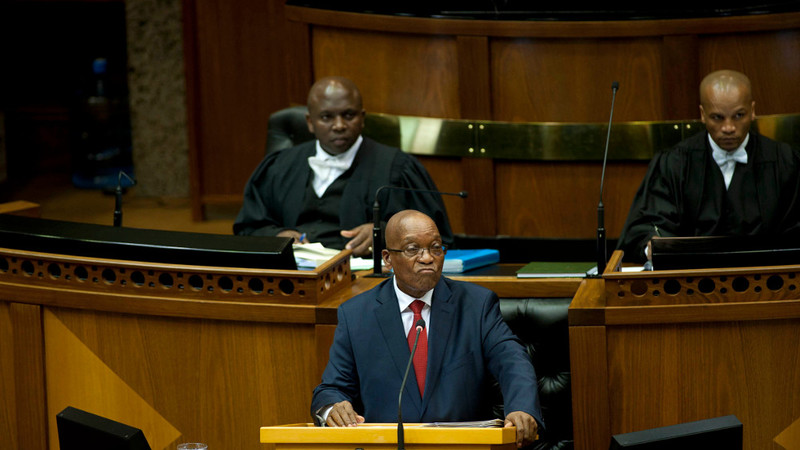 “One of the premises of a democracy and the rule of law is that no one is above the law and everyone is accountable for their actions,” said Fr Peter-John Pearson, director of  SACBC Parliamentary Liaison Office.

“So even though there is a tradition of explicitly or implicitly covering up for the wrongdoings of people with political or corporate clout, the willingness to take former President Zuma to court is an important public step against an encroaching culture of impunity,” he told Crux.

Zuma appeared briefly in a courtroom in Durban on April 6 to face corruption charges less than two months after his resignation.

The former leader faces sixteen charges of fraud, racketeering and money laundering related to a 1990’s arms deal, when he was deputy president.

The case fueled public anger against corruption in the country, and Zuma was forced to resign in February after being abandoned by the ruling African National Congress party.

At the hearing, the judge said Zuma was free “on warning” and must return to court on June 8. He could face several years in prison. Zuma has repeatedly denied any wrongdoing.

“Mr Zuma has stated in the past that he wishes to have his day in court. Now the ball is in his court to present himself in court in order to prove his innocence. He has to do this for the sake of his own integrity and for his family. Indeed, let him appear in court and if found not guilty he will go down as one who served his country with distinction,” the bishop told Crux.

The bishop said Zuma’s court appearance is an example in accountability for Africa as a whole, where corrupt leaders had frequently escaped justice.

“The acts of corruption by various leaders in Africa who escape with impunity should come to an end,” said Bishop Gabuza.