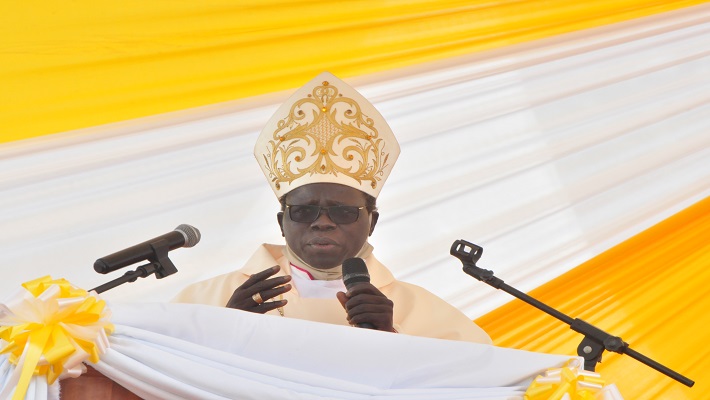 JUBA, JANUARY 24, 2023 (CISA)-  As Africa’s youngest democracy, the Republic of Southern Sudan prepares for the ecumenical peace pilgrimage of Pope Francis, with Archbishop Justin Welby of Canterbury and Rev Iain Greenshields, Moderator of the General Assembly of the Church of Scotland, Archbishop Stephen Ameyu of the Catholic Archdiocese of Juba is hopeful that the visit will end in the realization of the full implementation of the Revitalized Agreement for Resolution of Conflict in South Sudan (R-ARCSS).

“I understand that the Holy Father is making this Pilgrimage in order really to reach our hearts personally and touch them with his prayers that the spirit of God should be a presence in our agreement,” says Archbishop Ameyu.

According to media reports, the three faith leaders have been trying to schedule the visit to South Sudan since 2016, when South Sudanese Catholic bishops, Anglican and Presbyterian leaders visited the pope and archbishop, and asked them to go to encourage the peace process.

“The purpose of the visit is to renew a commitment to peace and reconciliation and stand in solidarity with millions of ordinary people who are suffering profoundly from continued armed conflict, violence, floods and famine,’ a statement from Rev Greenshields’ office clarified on the focus of the ecumenical pilgrimage.

Pope Francis is expected to touch down at Juba International Airport, South Sudan, on February 3, 2023, after he visits the Republic of Congo, a nation with rich natural resources but bedevilled by corruption, political instability and violence. His visit to Congo is themed “All Reconciled in Jesus Christ,” and is set to begin on January 31, 2023.

“We hope that the coming of the Holy Father will make us realize this aspect for peace in this Country,” said Archbishop Ameyu.