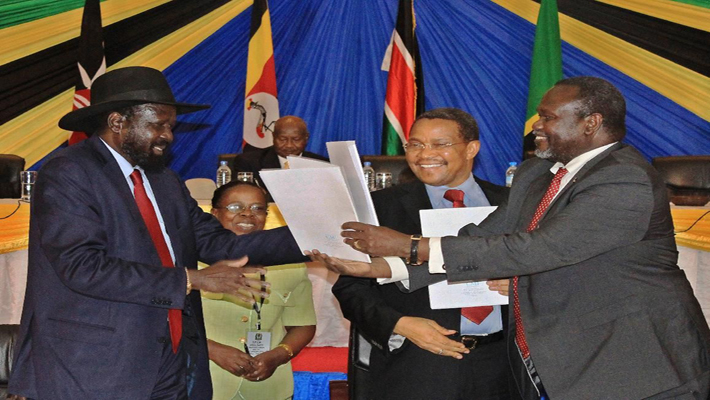 JUBA, MARCH 5, 2019 (CISA)-The Catholic bishops of South Sudan have expressed concerns over the shaky nature of the Revitalized Agreement on the Resolution of Conflict in South Sudan (R-ARCSS),signed September 2018 ,in Addis Ababa.

“We remain extremely concerned. We welcome the signing of the Revitalized Agreement on the Resolution of Conflict in South Sudan (R-ARCSS) as a step forward. However the concrete situation on the ground demonstrates that it is not addressing the root causes of the conflicts in South Sudan. It propagates the “power sharing” model which encourages the Parties to bargain over posts, positions and percentages rather than working for the good of the country,” said the prelates in a statement released after their February 26 -28 meeting in Juba.

They further noted the alleged coercion of some parties into signing the agreement, warning that they may not be fully committed to it.

“Some parties to the agreement claim that they were not consulted about the agreement, they were pressured into signing it, and they are not committed to it,” the bishops said.

The implementation of the agreement, according to the bishops is far behind schedule and while the level of open conflict has reduced, the Cessation of Hostilities agreement is not holding.

They lamented that all parties are involved either in active fighting or preparations for war and human rights abuses continue with impunity, including murder, rape, widespread sexual violence, looting and the occupation of civilian land and property.

The bishops added that while there is much of talk about peace, actions are not matching words, and expressed the  fear that leaders on all sides may have other hidden agenda.

“While people welcome the signing of a peace agreement, there is a sense of hopelessness that this agreement, like so many before it, will not succeed. While funds are spent on the military and corruption continues amongst the elite, ordinary people face hardships as the economy continues to collapse around them,” they complained.