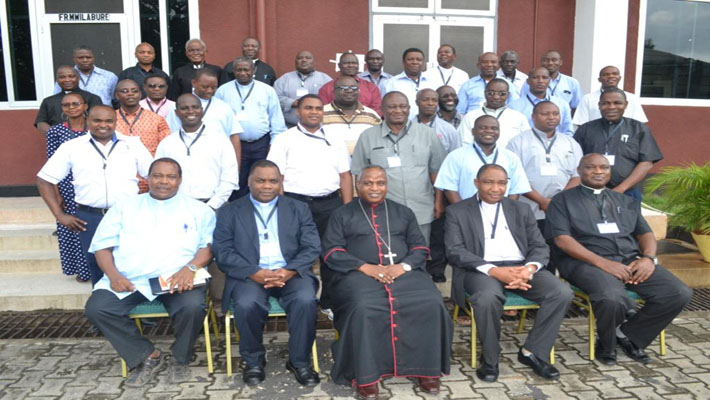 DAR ES SALAAM, AUGUST 27, 2019 (CISA)-The Secretary-General of Tanzania Episcopal Conference (TEC), Fr Charles Kitima, has appealed to Catholic priests in Tanzania to use the AMECEA Child Safeguarding Guidelines and Standards to protect children against any form of violence.

“The bishops have already issued the Child Protection Policy and Guidelines. What is required by the dioceses is to implement by contextualizing them within your environment,” he said while opening a workshop for the Union of Catholic priests in Tanzania (UMAWATA).

“The issue of child safeguarding is universal as some people have deviated and found themselves among the perpetrators in various ways and ultimately, lurch the little ones in scars,” Fr Kitima noted.

He said the priests should not in any way cover up abuse or remain silent because that could make matters worse in the future.

“Confidentiality in these matters is probably not that important. As UMAWATA leaders we have to educate our fellow priests in the diocese to be the voice of children,” he said.

The workshop was held in Dar es Salaam from August 12-16.