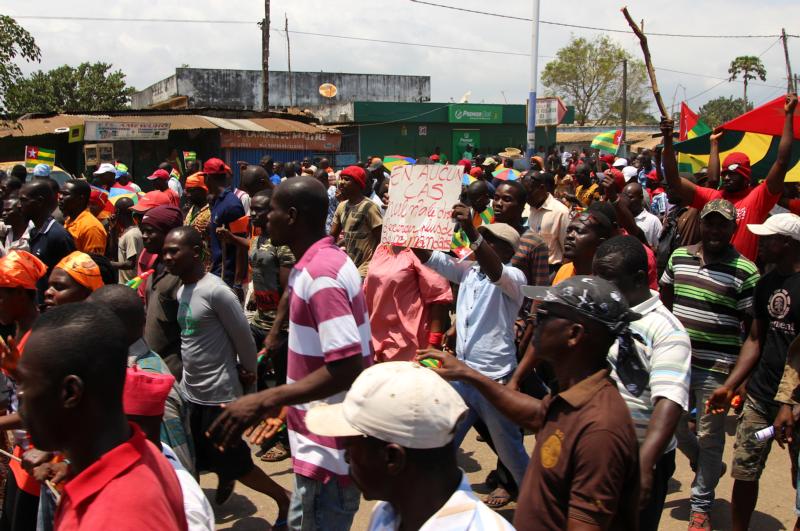 SOKODẺ, 12 JUNE 2018 (CISA) – The Episcopal Conference of Togo (ECT) has raised concerns on the social-political situation in the country and urged all the dioceses to promote a prayer of supplication for peace.

There has been tension between the government and the opposition, which is calling for institutional and constitutional reform so as to achieve true democracy, peace and development.

“Togo is the only Country in the Gulf of Guinea where leaders make people believe that everything functions at a political, social and economic level. But, the truth is another. How long will the Togolese political leaders be able to continue like this?” asks Fr Jules Adjator, Regional Superior of the Society of African Missions of Togo, in a note sent to Fides.

The standoff in Togo began on August 19 2017, when Tikpi Atchadam, leader of the Panafrican National Party (PNP), the new opposition political party, organized a peaceful protest to demand constitutional reforms. What followed was violence and severe repression by the police.

This saw the formation of an alliance of 14 opposition political parties.

“If people do not claim their rights on the streets, there is no possibility of change. The Togolese want to change their leaders, to give the young people in the country new impetus. The situation between government and opposition fuels continuous demonstrations,” added Fr Jules.

According to the priest, Bishops have condemned the violence and invited everyone to moderation, hoping for dialogue between the government and the opposition.