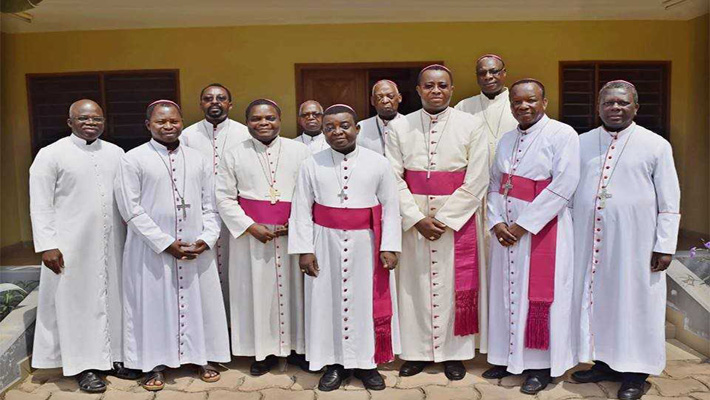 LOME, MARCH 3, 2020 (CISA)-The Episcopal Conference of Togo has protested the outcome of the February 22 presidential elections on grounds that they were not transparent.

In a statement released on March 1, the bishops also expressed their solidarity with Archbishop Philippe Fanoko Kpodzro emeritus of Lomé who has been placed under house arrest since February 22 after calling for a nationwide protests against the election results.

“In light of what has happened on the ground, we can say that the presidential election of February 22, 2020, as a whole, took place in a relatively calm climate. But as far as the transparency and fairness of the ballot are concerned, the same cannot be said,” reads the statement.

The bishops condemned the government for denying accreditations to Church observers from the Justice and Peace Commission, a scenario that raises questions on the credibility of the elections.

“The presence of observers from civil society alongside the institutional organizers was likely to boost the confidence of voters, in the credibility and sincerity of the results of their votes,” the bishops said.

The bishops voiced in solidarity with Kpodzro’s right to political engagement, distancing themselves from public protests, which they say will expose the demonstrators to the possible risk of repression.

“Since the proclamation of the provisional results, the Bishop’s Conference has not remained inactive in the face of the situation of Archbishop Philippe Fanoko Kpodzro. It has not abandoned the bishop, their older brother, to his sad fate, as some mistakenly think. Discretely, the Conference was rather in concert, in particular with the Apostolic Nunciature, to find the most appropriate solution,” said the statement.

The bishops also called for the release of all those arrested on Friday during the demonstrations by opposition supporters.

President Faure Gnassingbe was declared winner of the presidential elections by the Independent National Electoral Commission (CENI) with over 70 percent of the votes cast.

Agbéyomé Kodjo is expected to challenge the election results in court.