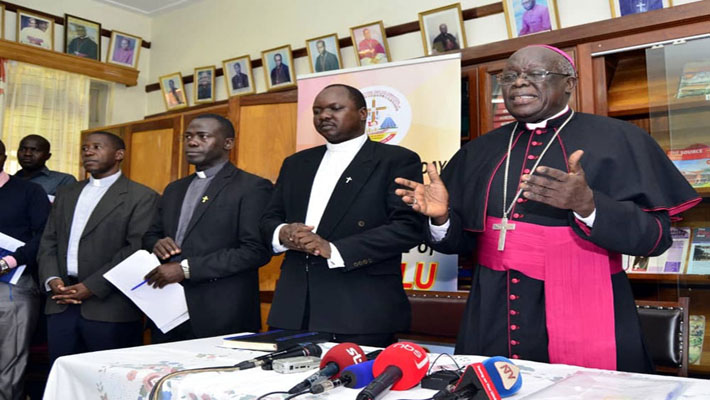 KAMPALA, FEBRUARY 26, 2019 (CISA)-The Episcopal Conference of Uganda has picked on the Catholic Archdiocese of Gulu to animate the June 2019 Martyrs day celebrations.

“The Archdiocese of Gulu was chosen by the Uganda Episcopal Conference in June 2018 to organize and animate the 2019 Uganda Martyrs day celebrations at the Namugongo Catholic Shrine. The celebrations are usually organized on a rotational basis according to the four ecclesiastical provinces of the Catholic Church in Uganda. The Archdiocese is therefore organizing on behalf of the Gulu Ecclesiastical Province which consists of the dioceses of Arua, Gulu, Lira and Nebbi,” Archbishop John Baptist Odama of Gulu said on February 25 at the Uganda Catholic Secretariat in Kampala.

The Archdiocese of Gulu last animated the celebrations at Namugongo in 2003 soon after the beatification of Blessed Daudi Okelo and Jildo Irwa in 2002 in Rome. The two Blessed Martyrs symbolically joined the twenty-two Martyrs of Uganda when their relics were brought to Namugongo.

The Catholic Church, on June 3 annually honours the 25 Uganda Martyrs that include Saint Charles Lwanga and Catechists, Blessed Daudi Okelo and Jildo Irwa from Paimol in the Archdiocese of Gulu.

The day is observed as a Solemnity and we have the unique honour to receive millions of pilgrims from all over the world, who come to pay homage to both the Catholic and Anglican Martyrs.

They were killed between 1885 and 1887 for converting to Christianity. The execution was sanctioned by Kabaka Mwanga II, the then king of Buganda.

The twenty-two Catholic Martyrs were beatified on June 6, 1920 by Pope Benedict XV, and canonized on October 18 1964 by Saint Pope Paul VI.

The Centenary of the martyrdom of Blessed Daudi Okelo and Jildo Irwa who were killed in 1918 and beatified in 2002 by Saint Pope John Paul II will be commemorated nationally June 3 2019.

The 2019 celebrations will run under the theme, “obey god always and everywhere.”