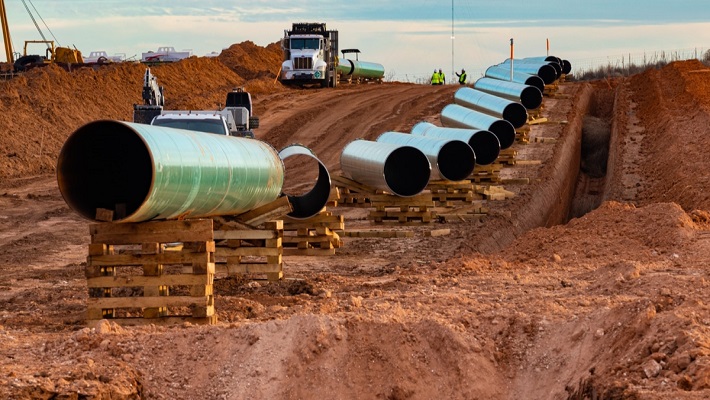 KAMPALA, JUNE 3, 2022 (CISA) – The Vice Chairperson of the Uganda Episcopal Conference (UEC) and   Catholic Bishop of Fort Portal, Rt Rev Robert Muhiirwa in an audio recording shared with CISA has hinted at the possibility of the Catholic bishops in Uganda discussing the East African Crude Oil Pride Line (EACOP) Project.

According to the Petroleum Authority of Uganda, EACOP is a 1,443km, 24-inch diameter heated and buried crude oil pipeline that will start from Kabaale, Hoima in Uganda to Chongoleani, Tanga in Tanzania. Upon completion, the project is estimated to be the world’s longest heated pipeline.

In the audio, Bishop Muhiirwa explained that due to Covid-19, the bishops have not been meeting and hence, have not had the time to address the EACOP issue that has drawn worldwide criticism from various sustainable environmental and climate change campaigners.

“We have not been meeting because of COVID, so hopefully, maybe, when we have this meeting in June, we could address that,” the vice-chairperson of UEC reassured.

Bishop Muhiirwa also alluded that their discussion will be guided by the 2015 Papal Encyclical on the environment and the care of our common home, Laudato Si’, in seeking a response to the Four-billion-dollar East Africa oil pipeline project that is funded by the governments of Uganda, Tanzania, French oil company Total and majority state-owned China National Offshore Oil Corporation (CNOOC).

The global campaign against the project, #STOPEACOP, details on its website that “The project threatens to displace thousands of families and farmers from their land. It poses significant risks to water resources and wetlands in both Uganda and Tanzania – including the Lake Victoria basin, which over 40 million people rely upon for drinking water and food production,’ they argue, “The pipeline would rip through numerous sensitive biodiversity hotspots, and risk significantly degrading several nature reserves crucial to the preservation of threatened elephant, lion and chimpanzee species.”

The campaign also warns that EACOP “will increase the severity of the global climate emergency by transporting oil that will generate over 34 million tons of carbon emissions each year,” and “The pipeline would open up critical ecosystems in the landlocked regions of Central and Eastern Africa to commercial oil exploitation.”

The Host Government Agreement (HGA), signed on April 11, 2021, in Entebbe, in the presence of the Ugandan President Yoweri Kaguta Museveni and his Tanzanian counterpart, Samia Suluhu Hassan, established the legal and commercial framework for EACOP to be financed, constructed and operated.