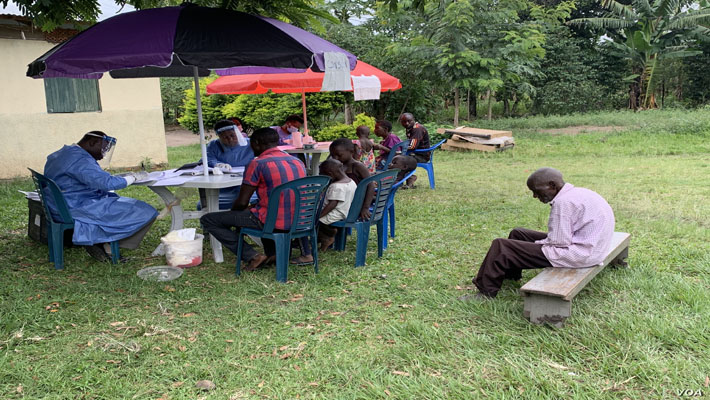 KAMPALA, JUNE 25, 2019 (CISA)-The Catholic Relief Services is working with Ministry of Health and local partners to investigate and prevent the spread of Ebola.

Two cases of Ebola were confirmed in Uganda on June 11.

“Everyone has been preparing for this scenario…we consider even one case a very serious development. But while Ebola is a frightening disease, we’ve seen almost a year of critical preparedness efforts on the part of the Ugandan government, and now immediate action by the Ministry of Health and international partners, to quickly contain these cases so far while avoiding its spread,” said Niek De Goeij, CRS Uganda Country Representative during a special committee meeting of June 14.

According to the Ministry of Health-Uganda , a five-year-old child who had travelled from the DRC back to Kasese District in Western Uganda was the first confirmed case of Ebola.

The child died on the night of June 11. The number of suspected Ebola cases in Uganda have risen to seven, including two relatives of the boy who died.

“For now, CRS will focus on making sure its partners are safe and can continue their other important work in this new reality,” De Goeij said.

“During an Ebola outbreak, information and understanding people’s perception about the virus is just as important as medicine or a vaccine,” said Suzanne Van Hulle, a member of CRS’ health team who worked on the agency’s West Africa response.

“Local community leaders play a critical role in educating people around Ebola and how to prevent both acquiring the virus and ongoing transmission,” she added.