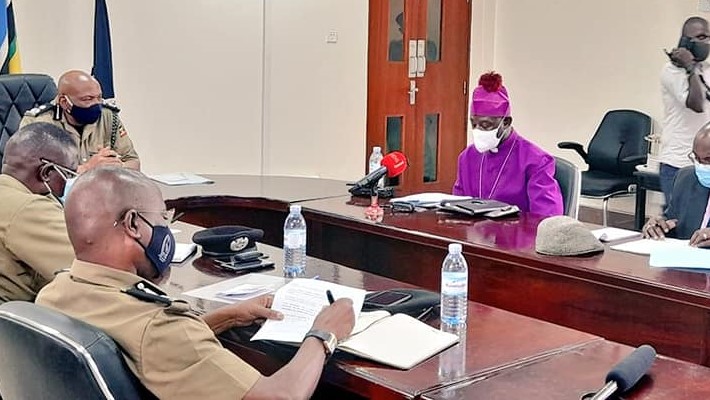 KAMPALA, DECEMBER 4, 2020 (CISA)-The Inter Religious Council of Uganda has suspended the first session of the Presidential Debate that was scheduled for December 4, 5 citing limited resources and Covid-19 situation in the country.

“Due to unforeseen constraints, including limited resources and the Covid-19 pandemic situation, the convening organizations regret to inform the general public that the presidential and constituency debates are for now indefinitely postponed. IRCU together with partners call upon the candidates and the entire electorate to continue engaging in a peaceful manner as we prepare for the forthcoming 2021 elections,” a December 2 letter signed by Sheikh Shaban Mubajje on the behalf of the IRCU said.

The debates organized by IRCU, the Elder’s Council Forum Uganda, the National Consultancy Forum, the Inter Party Organization for Dialogue (IPOD) and the Electoral Commission intended to provide a balanced space for all presidential candidates to sell their agenda to Ugandans.

While condemning the poor treatment of a section of politicians the clerics expressed their dissatisfaction by the conduct of the police in enforcing law and order during the ongoing campaigns.

“Your actions are also making it impossible for the Electoral Commission to deliver a free and fair election to the country,” the Inter-Religious Council of Uganda (IRCU) told the Uganda police in a meeting.

“The way you are fulfilling your mandate will have a direct bearing on the outcome of this election,” they said noting how the ongoing electoral environment has tested the professional ethics and conduct of the police force as well as the personal values of those involved in the operations.

In response the police asserted that some of the Presidential candidates are flouting guidelines set up by the Electoral Commission of Uganda on how to hold campaigns.

“Some Presidential candidates have failed to comply with the campaign programs that they submitted to the Electoral Commission. This can’t be accepted,” Police Director of Operations, AIGP Edward Ochom said.

The religious leaders also met the Electoral Commission (EC) and highlighted the humiliation on politicians reported during campaigns including; denying political aspirants access to campaign venues and to the media.

The Electoral Commission acknowledged receipt of complaints from some presidential candidates including NUP’s Robert Kyagulanyi, who suspended his election campaign on December 1 citing interference and violence.

Other candidates who have complained about police interference in their campaigns include ANT’s Mugisha Muntu, Henry Tumukunde, FDC’s Patrick Oboi Amuriat, Willy Mayambala, and John Katumba.