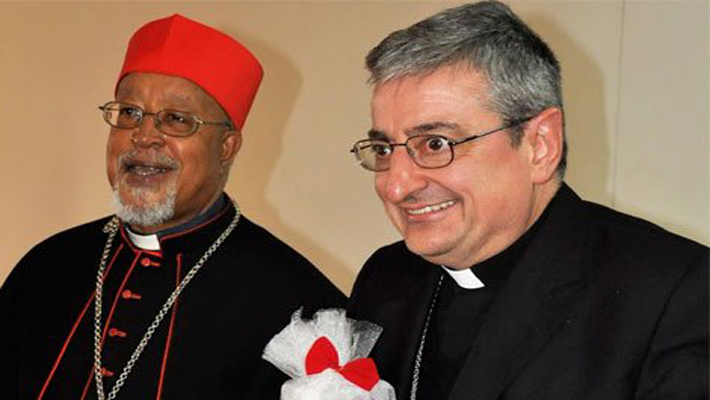 KAMPALA, FEBRUARY 5, 2019 (CISA)-Pope Francis has appointed His Excellency Most Rev. Luigi Bianco, the titular Archbishop of Falerone, as the new Apostolic Nuncio in Uganda.

This is according to a statement released by the Apostolic Nunciature in Uganda on February 4 and signed by Fr Alfred Rayan D’Souza in charge of the affairs of the Nunciature.

Until his appointment Archbishop Bianco has been Apostolic Nuncio to Ethiopia and Djibouti and Apostolic Delegate to Somalia.

He replaces Archbishop Michael August Blume who has served as Nuncio to Uganda since February 2013.

Archbishop Luigi Bianco was born on March 3,1960 in Asti Italy, and was ordained priest for the diocese Casale Monferrato on March 30, 1985.

Archbishop Bianco also has a doctorate in Canon Law.