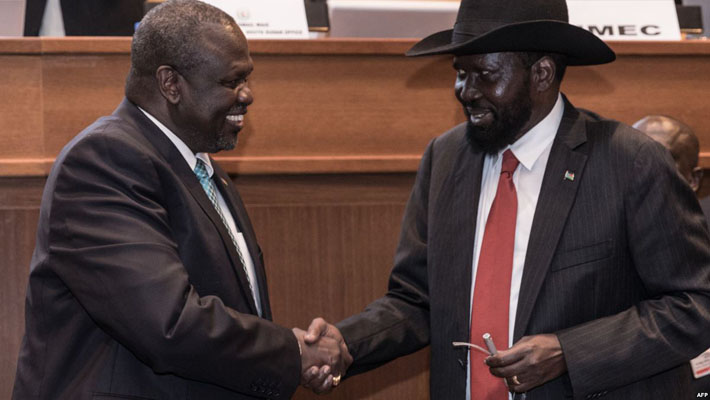 The agreement was reached in a tripartite Summit held in Uganda on the revitalized agreement on the resolution of the conflict in the Republic of South Sudan.

At the invitation of President Yoweri Kaguta Museveni of Uganda, President Salva kiir Mayardit of South Sudan and Abdalftah Alburhan Alrahman of Transitional Sovereign Council of Sudan held a summit to discuss progress on implementation of the Revitalized Agreement on the Resolution of the Conflict in Republic of South Sudan (R-ARCSS) on November 7.

The meeting was also attended by Stephen Kalonzo Musyoka, special Envoy of Kenya and South Sudan.

“The meeting noted the incomplete critical tasks related to the security arrangements and governance, including the formation of revitalized transitional government of national unity,” reads a statement released at the end of the summit in Uganda.

The progress of the arrangements will be reviewed after fifty days and a report be submitted to the Heads of State and the parties.

“The parties agreed to establish a mechanism from the guarantors and the parties to supervise the implementation of the critical tasks,” it adds.

The four IGAD countries represented in the meeting agreed to request IGAD to address the status of Dr Riek Machar and further urged the international community to continue supporting the implementation of the R-ARCSS.

The rival leaders were to form a unity government by Nov. 12, but after meeting in Uganda on Thursday, they said that security and governance issues needed to be resolved before they could form a government together.

Ugandan President Yoweri Museveni mediated the Kampala meeting which was held to try to salvage the peace deal designed to prevent South Sudan from sliding back into civil war.