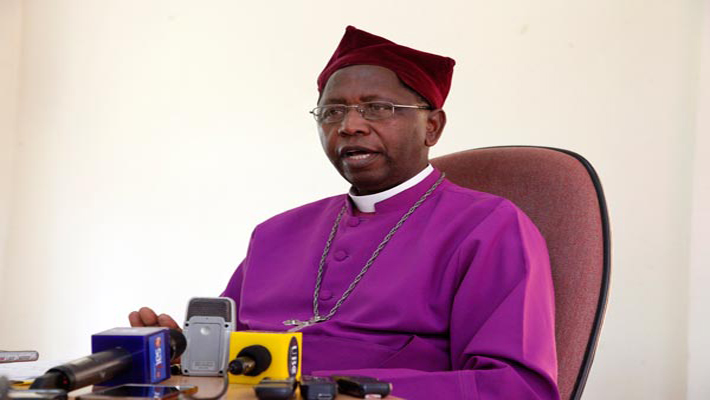 FORT PORTAL, SEPTEMBER 7, 2018 (CISA)-Archbishop Stanley Ntagali of the Anglican Church of Uganda has urged religious leaders to stop meddling in politics and stick to their call of preaching the word of God.

The Archbishop, who is also a principal in the Inter-Religious Council of Uganda, urged the clerics to “go slow” when it comes to politics in the nation.

He was speaking during the five day celebration that marked 81 years of the Ruwenzori Diocesan East African Revival and Convention at St. John’s cathedral in Fort Portal town on Friday, August 31.

The event took place from August 31 to September 2, under the theme  “Come; Let us return to the Lord”, (Hosea 6: 1),marking a time when Christians (of the East African Revival Fellowship) started the habit of publicly confessing their sins, giving testimonies before congregations and asking  for forgiveness from those they wronged.

On the same note His Grace Ntagali declared September 9 as a day to pray for peace in the country calling upon the people of Uganda especially church leaders to pray for politicians, peace and everything happening in the country.

He noted that Uganda is one of the most corrupt countries in the whole world, warning that corruption begins from families and therefore people should work hard to end it starting from the family level.

“Some people think corruption is just misusing government money. No, there is a lot of corruption in our families which needs to be addressed,” he said.