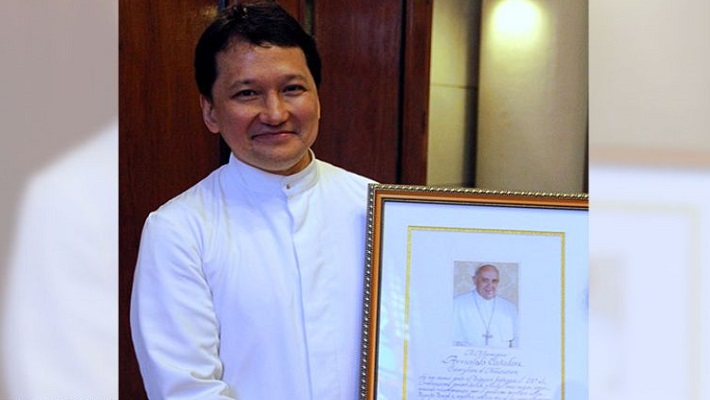 ROME, FEBRUARY 1, 2022 (CISA) – Pope Francis has appointed Rev Monsignor Arnaldo Catalan as the new apostolic nuncio to Rwanda and elevated him to the titular see of Apollonia with the dignity of Archbishop, the Holy See Press Office announced on January 31.

The Archbishop-elect was born in 1966 in Manila, Philippines. He was ordained a priest on March 25, 1994, and incardinated in the Metropolitan Archdiocese of Manila.

Monsignor Catalan has worked in the Diplomatic Service for over 20 years and served in the Pontifical Representations in Zambia, Kuwait, Mexico, Honduras, Turkey, India, Argentina, Canada, the Philippines and until recently in China.

Monsignor Arnaldo Catalan will become the first priest of the Archdiocese of Manila to become a papal nuncio.

In a statement, Jose Cardinal Advincula, the Archbishop of Manila, thanked the pope for the “gift and honor” of his appointment.

Interestingly, about half of Rwanda’s population are Catholics, and in 2020, Antoine Cardinal Kambanda, the Archbishop of Kigali, became the first Rwandese cardinal when Pope Francis elevated him to the Sacred College of Cardinals.