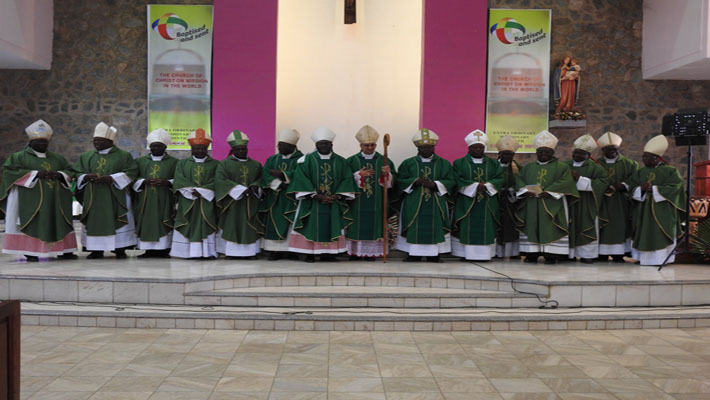 LUSAKA, JULY 23, 2021 (CISA)-The Zambia Conference of Catholic Bishops (ZCCB) has implored political contestants to exercise collective responsibly and refrain from hate speech, acts of violence and malice during and after the General Elections.

“Of late, incidences of violence have become common such as the destruction of property, abductions, messages with a tribal tone and worse still, the shedding of blood. We appeal to all political contestants to refrain from acts of violence, hate speech and malice, but to show why they should be elected,” the Bishops said in their collective statement issued at the end of their Plenary Assembly on July 16.

According to the prelates, the acts of violence are intended to intimidate voters from electing their president and members of Parliament during the August 12 elections.

“The forthcoming elections are not the first nor the last in the history of our country. Therefore, these elections should not be marred with bloodshed. Because there is life before, during and after the elections. Let us be considerate and respectful of each other. All life is sacred,” the bishops exhorted adding religious leaders should be impartial as they guide and shepherd those entrusted in their care.

“We have lived together as a people from different walks of life, different tribes, languages, interest groupings and associations in a spirit of One Zambia, One Nation, as espoused by our founding father, the late Dr. Kenneth Kaunda,” the Bishops said adding Political contestation should be based on a program of action for our people where the majority are poor.

16 candidates have been cleared to contest for presidency among them the incumbent President Edgar Lungu.