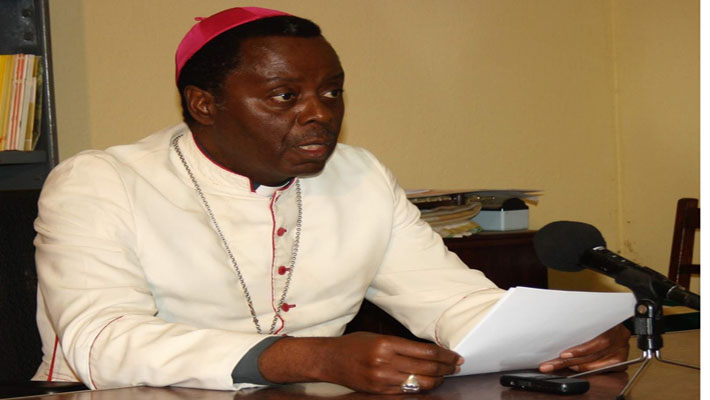 LUSAKA, JUNE 6, 2020 (CISA)-The Zambia National Council for the Catholic Laity (ZNCCL) has demanded an apology from Catholic Parliamentarians for subjecting the Zambia Conference of Catholic Bishops to ridicule.

“It is of great concern and worrisome to ZNCCL to hear the Chairperson of the so called Catholic Parliamentarians accusing the ZCCB of not reading the Bill which is contrary to the contents of the statement. From the statement, issued by ZCCB President, Rt. Rev. Bishop George Lungu it clearly indicates that it is possibly the so called Catholic Parliamentarians who do not read, but make reactions based on their Political party lines,” they said.

The council in a statement from the ZNCCL National Chairman Clement Chinama, supported calls made by the bishops for a halt in the ongoing constitutional amendment process through Bill 10 of 2019.

The lay council agreed with the bishops that there are various National issues affecting the general citizenry, among them Peace building and reconciliation efforts, Human rights abuse, Erosion of traditional, religious and moral values of our society, Political intolerance among political players both intra and inter party, Increase in abuse of government resources and property by senior government officials, Shrinking of political space, including freedom of assembly among others.

“If you are really Catholics, with a conscience which is alive, you need to apologize and seek reconciliation with the Church and God. Your action was aimed at nothing, but on intent of putting the Conference in ridicule and tarnish it’s admirable image both at regional and international levels respectively,” the lay council said.

In response to the accusations, Archbishop Chama said in society, when a parent counsels a child and the child disputes the counsel, the parent cannot proceed because then it becomes argumentative.

“There is no need to argue on important matters bordering on the welfare of the nation that should only be left to the conscience of the individual,” he said.

A different faction of Catholic Members of parliament led by Ambrose Lufuma of the United Party for National Development (UPND) stressed that Members of Parliament are in full support of the bishops demanding for the withdrawal of the bill.